Please keep in mind that all odds mentioned are accurate at the time published on 31/10/2018 12:03 pm and are likely to change.

As a club, Real Madrid are not renowned for their patience and after a poor start to the 2018/19 season, it was no surprise that Head Coach Julen Lopetegui was dismissed after ten league games in charge. The new man only came in during the summer but following the departure of Cristiano Ronaldo, he seemed to be playing a losing game from the very first kick off.

Those ten matches yielded just 14 points and the former Spanish national manager leaves with Real in ninth place in La Liga. A 5-1 humiliation at the hands of great rivals Barcelona was the final straw and as Lopetegui clears his desk, the big question concerns his replacement.

In the Hot Seat

Real Madrid moved quickly to place their former player Santiago Solari in charge but the club made in clear that he is merely a temporary custodian. Despite those assertions, the 42 year old Argentinian is the hot favourite to become Real’s next permanent manager at odds of 4/6 with William Hill.

Solari spent seven years as a player at the Bernabeu, winning seven major honours in that time and he has been managing through the youth system since 2013. If Real want to promote from within then he is the obvious candidate and while he looks like a future boss at the club, now may be too soon. 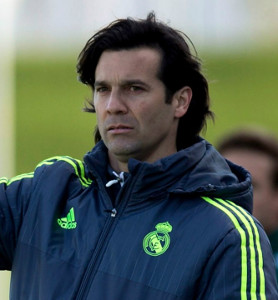 Behind the clear favourite, former Chelsea boss Antonio Conte and current Tottenham manager Mauricio Pochettino are locked at the same price in places. Conte is on offer at 10/3 with Boylesports while punters can pick up Pochettino at that same 10/3 with William Hill.

Conte masterminded Juventus’ domination of Serie A before winning the English Premier League at his first attempt. He’s been without a club since his Chelsea experience turned sour and this seems like a perfect time to return to management.

Pochettino is an interesting name and that 10/3 price has come in since this market was first opened. Ahead of Spurs’ home defeat to Manchester City, the Argentinian appeared frustrated at his side’s start to the season which is highlighted by a delayed opening of their new stadium.

Like Antonio Conte, Arsene Wenger has also been out of work since leaving his club in the summer. The Frenchman spent 22 years at Arsenal, most of them productive, and he is on offer at 8/1 with William Hill and SportPesa to become the next permanent Real Madrid boss.

Another option in the mid-range prices is current Belgium boss and former Everton manager Roberto Martinez who is available at best industry odds of 11/1 with SportPesa. Martinez had a modest record at domestic level in England but having recently taken Belgium to their best ever finish at a World Cup, he could be a serious contender.

Other names to mention in the chasing pack include former player Guti at 25/1 with William Hill and Coral. 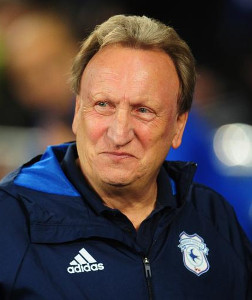 SportPesa have retained a sense of humour in this market as they list the Cardiff City manager Neil Warnock as the rank outsider at 400/1. We’d advise you not to go along with the joke and waste your money but there are some interesting distant prices for this market.

Former Real Madrid boss Jose Mourinho has already made one successful return to a former club and while the Portuguese is as short as 12/1 in places, he is available at a generous top price of 40/1 with William Hill. Mourinho’s predecessor at Manchester United, Louis Van Gaal, is available at best odds of 50/1 with Boylesports and SportPesa while current German national manager Joachim Low is listed at a best of 66/1 with William Hill.

Those are all the likely contenders alongside some less plausible punts but just who is next in line for the Real Madrid hotseat?

While Santiago Solari is a clear favourite here, punters will have to decide whether Real Madrid are ready to gamble with a young, unproven manager to take them into the new era. With a significant gap already opening up behind leaders Barcelona, there really isn’t a time for anyone to ‘bed in’ while they develop their craft.

Positive results in the upcoming matches may help Solari’s cause but we’re focusing on the two men behind him – Antonio Conte and Mauricio Pochettino. Former Chelsea boss Conte is twiddling his thumbs and could walk into Santiago Bernabeu right now so that availability element could work in his favour.

Tottenham’s Mauricio Pochettino is gainfully employed but his recent comments hinted at frustration with the club. Spurs face a tricky fixture away to Wolves next up and defeat there could see them struggle to retain their place in next season’s Champions League. Pochettino will want to play with the elite and Real Madrid will give him that chance year after year.

As Spurs have found with their playing staff, it’s hard to turn down Real when they come calling and we think that their manager is next on the wishlist.