Please keep in mind that all odds mentioned are accurate at the time published on 30/01/2020 1:18 pm and are likely to change.

The city of Miami has long been accustomed to hosting Super Bowls over the years, but the area widely recognized as the Magic City will once again take centre stage for the first time since 2010 as the Kansas City Chiefs take on the San Francisco 49ers – kick: off 23:30 GMT on Sunday night, as part of Super Bowl 54 at the Hard Rock Stadium.

Path to the Final

Both teams have had the benefit of reaching Super Bowl 54 by having home-field advantage throughout the playoffs, but it has not been plain-sailing for the Chiefs in particular in terms of reaching the ‘Big Dance’ in Miami. The Kansas City Chiefs came back from a 24-point deficit to overcome the Houston Texans 51-31 in the Divisional Round. Andy Reid’s side also faced some adversity against the Tennessee Titans in the AFC Championship game. Down 10-0 and 17-7, the Chiefs’ belief didn’t waver as quarterback Patrick Mahomes led his team to a 35-24 win to give the Chiefs their first Super Bowl appearance in 50 years.

San Francisco ended the regular season with the best record in the National Football Conference with a 13-3 record and have reached Super Bowl 54 with a much more serene path. A 27-10 win over the Minnesota Vikings in the Divisional Round was added to with a comprehensive 37-20 win over the Green Bay Packers in the NFC Championship game. Running Back, Raheem Mostert was the star of the show against the Packers by scoring four touchdowns in the game. Sunday’s game will be the first appearance in seven years for the 49ers who were defeated 34-31 by the Baltimore Ravens in Super Bowl 47.

Keys to the Game

This contest promises to be a classic matchup of potent offense in the Chiefs, with Mahomes, against the incredibly stout and aggressive defense of the 49ers and Head Coach, Kyle Shanahan. Kansas City can score points at will, which has been widely seen throughout the postseason, and with Mahomes at quarterback, the Chiefs have one of the most dynamic players in the NFL. Mahomes has excellent physical tools and can beat a defense with either his arm or athletic running ability.

It is fair to suggest that the ‘Niners’ are stronger defensively than offensively, but that shouldn’t detract from their ability to score points. San Fransisco ended the regular season as the highest points scorers in the NFC and this highlights the fact that the 49ers are far from a one-dimensional team. Quarterback, Jimmy Garoppolo has proven to be more than adequate behind center this season and has several offensive weapons to call upon. What has impressed me so much over the course of this season is the 49ers aggressive, swarming defense, which has been led by the hugely impressive rookie, Nick Bosa, who looks to be a dominant player in the National Football League for many seasons to come.

So, who will come out on top in this contest? Will the Chiefs be able to dominate with their high-octane offense and score points at will, or can the 49ers stifle their opponents and win their sixth Super Bowl crown? In this preview, we will look at some of the key markets to point our readers in the right direction for some value bets on this hugely important sporting occasion. 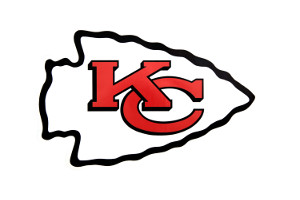 This contest is one of the most eagerly anticipated Super Bowl games in recent years, not just for the talent on show, but because of the closely-matched nature of the two teams.

The current Match Odds for the game have Kansas City as the bookmakers’ favourites to claim their second title. Red Zone offers the best industry price at the time of writing of 13/15 on the Chiefs to build on their win from 1969. William Hill and Coral are the best places to back the 49ers currently as they offer 21/20 on a victory for the west coast outfit.

This game is tough to call, but my belief is that the 49ers’ balance of stern defensive work and offensive efficiency can somehow, someway find a way to win come Sunday night against a rampant Chiefs offense. The Match Odds price of 21/20 seems to be reasonable value with William Hill and Coral and is narrowly preferred in this instance.

The general consensus of the handicap for Super Bowl 53 is for the Kansas City Chiefs to give a -1.5-point head start. For those who are not up to speed with Handicap Betting, it basically means that the Chiefs must win by two points or more for your bet to win in this particular market.

The bonus for giving a head start in backing the Chiefs in this type of bet is that the betting price is slightly more appealing in comparison to the Match Odds market. SportingBet are offering the best odds in this particular market with Kansas City –1.5 at 19/20. Conversely, the 49ers have a +1.5-point head start on Sunday, and there is a generally available 10/11 for San Francisco to cover the spread.

Statistically, there is very little to split these two teams in terms of who will win the game let alone the Spread market – they are just so evenly matched. The keys to victory from the Chiefs perspective, is to keep quarterback, Patrick Mahomes away from pressure from the 49ers defense – and to slow down San Francisco’s run game. While San Francisco will hope to dominate the clock by running the ball, and to be strong on defense to nullify the Chiefs’ obvious offensive threat. 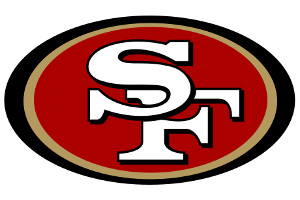 This betting market is similar to the Point Spread, but for punters who wish to gamble on how many points will be scored in the game on Sunday night. Most bookmakers have set their handicap for this game at 54.5 points, with the opportunity to back either over or under that amount.
Unibet and 888Sport are offering 19/20 for over 54.5 points which is effectively the best price on offer for the Over side of this market, while SportingBet are offering 10/11 for Under 54.5 points.

My personal opinion is that the bookmakers have set a pretty low marker here. I believe that there could well be more than the 54.5 points scored in this game. The Chiefs averaged 28.2 points per game over the Regular Season, while the 49ers scored 30.0 PPG and an expected repeat of those performances on Sunday would provide a winning selection.

This is my personal favourite market of them all! With excellent odds available and lots of individual options, this type of bet can be very rewarding if selecting the correct option. Running backs, Damien Williams (KC) and Raheem Mostert (SF) lead the betting to score first in Super Bowl 54 at the best industry prices of 13/2 (Williams) with Coral and Unibet, while Mostert can be backed at the top price of 7/1 with William Hill.

My view on these bets and other leading players at the head of the market is that despite the obvious talents of those star runners, the teams involved in the Super Bowl have tended to look towards the ‘element of surprise’ for early forays towards the oppositions’ endzone.

With that in mind, my selections for this game will be split. I like to halve my betting stakes for the game to offer an opportunity at either end of the pitch. The players who take my eye are Kansas City’s speedy wide receiver, Tyreek Hill at 9/1 who is looks overpriced with William Hill. For the San Francisco 49ers, tight end George Kittle has become a key component of the Niners’ offense and appeals at 10/1 with William Hill and Betway.

The Winning Margin is a popularly punted betting market, that always offers decent value, if you can find the correct outcome. Bookmakers like to offer several types of margins for this market, so it should be down to the individual to select which bracket suits their opinions best.

Another market that catches my eye is the Half-Time / Full-Time result market. Considering the close nature of how both teams match-up, it could prove profitable to back Kansas City to be leading at Half-Time, but for the San Francisco to win the game at 15/2 with William Hill.
This should be yet another entertaining Super Bowl, as I expect the San Francisco 49ers to prevail in a highly entertaining battle on both sides of the ball this Sunday night.