Please keep in mind that all odds mentioned are accurate at the time published on 29/11/2019 9:29 am and are likely to change.

Everton’s Marco Silva, Mauricio Pellegrini at West Ham and Arsenal boss Unai Emery are all battling for favoritism – and to save their jobs – in the Next Premier League Manager to Leave betting market, and with Thursday night’s 2-1 home loss to Eintracht Frankfurt in the Europa League, the pressure is surely mounting on Arsenal boss Unai Emery.

It is now seven games since the Gunners last won in all competitions, and another defeat at Carrow Road on Sunday afternoon – kick: off 14:00 GMT – could dictate that the Arsenal hierarchy decide to cut ties with the former Sevilla man.

Premier League new boys, Norwich are rejuvenated following their 2-0 win at Everton last Saturday to heap misery on the home side, and to drag the Toffees towards the relegation area. The Canaries themselves are already in a dogfight to survive in England’s top division this season, but confidence will be high for Daniel Farke’s men in what promises to be another difficult test for Arsenal over in East Anglia.

As you might expect in the Match Betting market, the current form of both teams is dictating the sway of implied chance of victory for Sunday’s game. Arsenal are the bookmakers’ favorites to take the three points, but they are significantly on the drift following another defeat on Thursday night.

VBet offer the best industry odds on the Gunners at 7/8, and it is likely that Arsenal’s odds could lengthen even further in the build-up to kick off. The Draw is narrowly the second preferred option at 3/1 with SportingBet, while a home victory for the Canaries, would be a huge boost in their survival hopes and VBet are once again top price for this punt at 31/10.

This game is a difficult quandary for punters in my view. Arsenal are obviously out of form, but the away side are drifting to a point of become backable, and they could even potentially go odds against before the match begins. The other side of the coin is that Norwich are buoyant following a good win last weekend, and the hosts will be hugely motivated to heap further misery on their upcoming opponents.

All three outcomes for this game are all in play here, but we prefer to take the option of a draw at 3/1. It will not be the most welcome result for both teams, but a share of the spoils is better than a defeat. 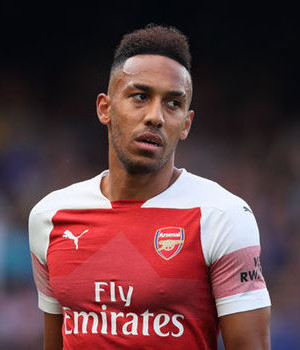 The head of the First Goalscorer market is loaded with Gunners stars, with Pierre-Emerick Aubameyang installed as the 7/2 favourite with Unibet and 888Sport to open the scoring in this game. The former Borussia Dortmund striker has eight Premier League goals so far this season and looks to be a worthy favourite in this particular market.

Fellow Gunners strike partner, Alexandre Lacazette is priced up at 4/1 – again with Unibet and 888Sport, while Norwich’s first interest in this market comes from Finnish striker, Teemu Pukki, who could delight the home supporters at the best odds of 11/2 with VBet once more.

Arsenal’s record summer signing, Nicolas Pepe, has performed indifferently of late but could get involved in the scoring in this game at 7/1 once again with Unibet and 888Sport. German schemer, Mesut Ozil, who also looks to have regained some confidence from Arsenal boss Unai Emery in recent outings for the Gunners, is also worthy of consideration at 11/1 with Unibet and 888Sport yet again.

Other hopes of First Goalscorer options for Norwich, could come from midfielder, Todd Cantwell at 13/1 with Unibet and 888Sport – note that Cantwell is a single-figure price with most other layers – while defender, Ben Godfrey is a threat at set-pieces, and at 40/1 with several firms, including Coral and William Hill, he could cause a surprise.

It is fair to suggest that both teams’ defences are not the most ‘watertight’ in the Premier League, so it doesn’t take a mathematician to figure out that goals are a likely commodity on Sunday afternoon. Over 2.5 Goals in the game is a little too short at the top price of 5/11 with SportNation, so it may be worth chancing the extra goal with Betfred and Sport Pesa and to opt for Over 3.5 at 11/10.

After checking the best industry price on Both Teams to Score at 5/11 with SportNation, I have decided to bypass this market in favour of the game to end in a Draw and Both Teams to Score. Betfred offer the top value of 7/2 on this punt, and it rates as my strongest selection of the game.

As usual, we love a Correct Score plunge in our betting previews, and our selection for Sunday’s game is a 2-2 score draw in a pulsating affair. SportingBet offers the best value here at a top industry price of 21/2 and it is worth a little nibble in my view, in what promises to be an entertaining game that will be full of goalscoring opportunities at both ends of the pitch.