Manchester United may be on a stunning run of EPL form but their Champions League run looks set to end on Wednesday night. Opponents Paris Saint-Germain won 2-0 at Old Trafford three weeks ago and look to have a simple task in the second leg in France’s capital.

United will have to attack from the very first whistle but do the bookies give Ole Gunnar Solskjaer’s team any chance of progressing to the quarter finals?

We’ll start with the result in 90 minutes where we find PSG to be the hot favourites at best odds of 8/15. The draw is the next available option on the list at a top price of 19/5 with BetFred while a win for Manchester United is out at a best of 96/17 with Unibet.

If we move across to the To Qualify betting, matters are even more clear cut with PSG out in front at best odds of just 1/33 with SportingBet. Manchester United then appear in the distance at 12/1 with Ladbrokes and Betway.

Paris Saint-Germain are runaway leaders in Ligue Un and they showed their class in the first leg three weeks ago. The outcome in both markets seems assured but before we make a final conclusion, we’ll look at the men who can decide the destiny of this tie. 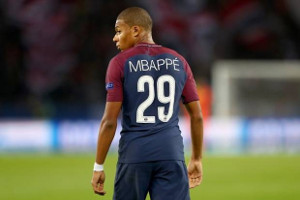 PSG will be without Neymar for this return leg but even in the Brazilian’s absence, their players dominate the first goalscorer betting. Kylian Mbappe is the favourite with most bookmakers and he can be backed at 15/8 with William Hill and Coral while Edinson Cavani follows at 5/2 with Betway and 188Bet.

Former Manchester United man Angel Di Maria is listed at 6/1 with BetFred and 10Bet and then we finally get to a representative of the away side. Romelu Lukaku was on target in the weekend win over Southampton and the Belgian can be found at best industry odds of 10/1 with 10Bet and RedZoneSports.

Other options for the first goal on either side include Christopher Nkunku and Julian Draxler who are both quoted at 11/1 with BetFred, Anthony Martial at a top price of 12/1 with 10Bet and SportPesa plus Dani Alves at 16/1 with BetFred and Coral.

Romelu Lukaku’s return to scoring form at the weekend was a big plus for the Red Devils and he is crucial if the team are to get anything from this game. We think the Belgian can make another contribution on Wednesday but it may be in a lost cause so we’ll take Lukaku for an anytime goal which is available at 3/1 with 10Bet and 888Sport.

As we’ve seen from our first two markets, there isn’t much in the way of value if we stick to the favourites but what about other side markets? Both teams to score is one of the first options that punters will turn to and this is quoted at 3/4 with 888Sport. That’s about as close to Even Money as BTTS gets so we’ll add that one to our betslip.

Other options to consider might include the handicap if we want to get a little more value out of the match result. Here, we could give Manchester United a notional two goal start, meaning that PSG would need to win by three goals or more and that’s available at 6/19 with Unibet.

We’re still not getting excited so we’ll finish the review with a bigger punt in the Correct Score betting. We are backing the bookies in predicting a home win in 90 minutes but Manchester United’s league form indicates that they are better than the first leg defeat would suggest. Therefore, we’ll take a smaller wager on a big gamble of a 3-2 scoreline in favour of PSG and this is available at best odds of 22/1 with William Hill.

Manchester United need to cause an upset for any value to drop in for this game but we’re looking at the following tips to give us a profit. Remember – all bets are for 90 minutes only, excluding any extra time.