PDC World Darts: Saturday Round Up

Please keep in mind that all odds mentioned are accurate at the time published on 14/12/2017 1:48 pm and are likely to change. 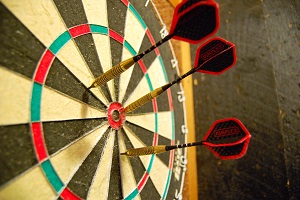 This Saturday will see the busiest day of action in the PDC World Darts Championship so far and it’s notable for the entry of the second favourite Gary Anderson. Elsewhere, it’s a mix of qualifiers and first round ties with eight matches in total to take a look at.

Here’s a rundown of those games along with our best bets for day three.

The day begins with Brendan Dolan taking on Alan Ljubic for the right to play Robert Thornton in the first round and it’s one where Dolan is the hot favourite for the win at best odds of 4/17 with MarathonBet.

Ljubic is out at a top price of 4/1 with bet365 and Paddy Power and based on quality and experience, the bookies seem to have got that one right. The winner will then move on and while Thornton doesn’t yet know his opponent, Paddy Power are already offering odds of 8/13 on him to beat either Dolan or Ljubic and progress to round two. 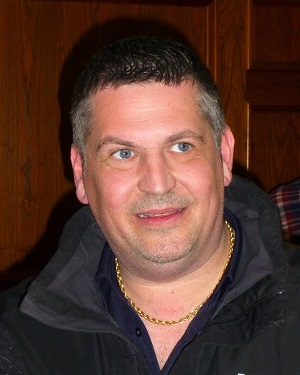 Next up we have a slightly more evenly balanced game between Benito Van De Pas and Steve West where Dutchman Van De Pas is the favourite at best odds of 5/8 with MarathonBet. West has had a modest career, even when he performed in the BDO, but a couple of last 16 finishes this season makes him a threat in this tie at bet odds of 6/4 with bet365.

Next up is Mervyn King versus Zoran Lerchbacher and it’s hard to see any upsets here with King a hot favourite at a top price of 3/10 with bet365. Lerchbacher is at best odds of 58/19 with MarathonBet but he’s yet to get past the last 64 in this event.

Joe Cullen, at a best of 7/17 with 188Bet looks another likely winner against Jermaine Wattimena at 20/9 with MarathonBet and then we move on to the biggest player on show.

Before Gary Anderson enters the ring, he must wait for the winner of the Jeff Smith versus Luke Humphries match and the bookies are favouring Smith as a 4/7 favourite with Paddy Power and Sun Bets. Once again, although the exact pairing isn’t yet known for the following game, Anderson is a short favourite to beat either Humphries or Smith at 1/16 with BetFred.

There is also a limited set of side markets available for that game and a price that interests us is for Anderson to win 3-1 against whichever opponent shows up and that’s available at best odds of 13/5 with Paddy Power.

The entertaining Dutch Darter Jelle Klaasen brings the curtain down on the day’s action as he takes on his fellow countryman Jan Dekker. Klaasen is the favourite here at a top price of 8/15 with SkyBet but once again this is a match where there could be some value.

Klaasen is hugely talented and reached the semi finals of this event in 2016 but has yet to really deliver on his potential. Inconsistency in his game could therefore make Jan ‘Double’ Dekker a decent option at his best price of 19/10 with MarathonBet.

It’s tempting to call that bet but there are potentially better options from the previous games on Saturday’s schedule. We’ll avoid the short priced favourites but are pretty confident that Robert Thornton and Mervyn King will progress to round two so feel free to bet on their respective matches but elsewhere, Benito Van De Pas looks vulnerable so we’ll stake on Steve West there.

With Gary Anderson having to wait to find out the identity of his opponent there are restricted side bets for his first round tie. We would have been interested in those but will take Anderson to win 3-1 at a decent price.

The action is just starting to heat up at Alexandra Palace and on a busy day of darts in North London, these tips will hopefully lead to a profitable evening.