Please keep in mind that all odds mentioned are accurate at the time published on 05/07/2018 12:14 pm and are likely to change. 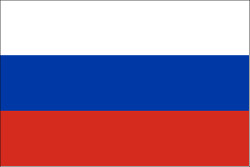 Both Russia and Croatia are in the quarter finals having come through penalty shootouts in the previous round and Saturday’s game could be just as tight. The Croatians are seen to be the stronger side and made it through the groups with a 100% record but while Russia stuttered, their resilience has helped them to overcome teams that looked to have greater quality in their squad.

We’re expecting it to be close but what do the bookies make of it all?

There are odds against prices on all three options in the standard result betting with Croatia leading the way at a top price of 13/10 with MarathonBet. The draw follows at best odds of 85/40 with MarathonBet while the same bookie has the best numbers on a Russian victory at 31/10.

Those are the figures for the result in 90 minutes but when we cross to the To Qualify market, things get a little clearer. Croatia are much shorter now at best odds of 11/18 with 188Bet while Russia are out at a top price of 6/4 with Unibet and 888Sport.

Extra time and penalties may well be needed but who are the players that can decide the destiny of a tight contest? 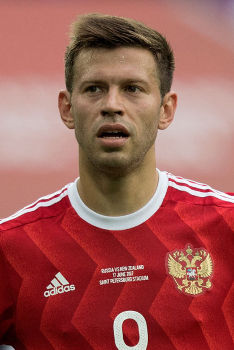 As always, the strikers dominate the first goalscorer betting but there is the potential for some real value as we move through the list. Russia’s Fedor Smolov starts as favourite to find the net first at best odds of 11/2 with Boylesports while Croatia’s Mario Mandzukic is next at a top price of 13/2 with MarathonBet.

Artem Dzyuba was the man on target for the Russians against Spain, scoring a crucial penalty in the first half and he looks generous in this market at a best of 15/2 with 10Bet and Sport Pesa. Speaking of penalties, we’ve seen so many spot kicks at this tournament and we’re therefore tempted by Croatia’s Luka Modric at best odds of 37/4 with MarathonBet.

He may have missed from the spot in normal time against Denmark but he was on target in the shootout that followed and Modric won’t shy away from his duties if Croatia get another penalty on Saturday.

Along with Modric, there are other threats from midfield including Russia’s Denis Cheryshev who scored three goals in his side’s opening two games at this tournament. Cheryshev is on offer at best odds of 23/2 with MarathonBet to open the scoring and we can also consider Croatia’s dangerous Ivan Perisic at a top price of 39/5 – also with MarathonBet.

As we’ve worked through the preview we’ve convinced ourselves to opt for Modric as the penalty taker and a general threat from set pieces. However, as we often do, we’ll play a little safer and go for a Modric anytime goal which still looks generous at a best of 4/1 with Sun Bets.

Although Russia started the tournament with two big wins, recent results on both sides suggest this may not the the highest scoring game of the competition. Both Teams to Score in 90 minutes looks far from certain although this does carry a decent price of 13/10 with either 10Bet or Sport Pesa.

That’s an option and it’s a choice between that and Under 2.5 goals but the latter bet is just too short at a best of 53/100 with MarathonBet. We’re looking for a tight game here and one that has the potential to end at 1-1 so we’ll take Under 2.5 goals out of the equation.

BTTS is decent value in contrast so we’ll add that to the betslip and, if you want to include the 1-1 Correct Score in 90 minutes, that is available at a top price of 11/2 with SportingBet.

If it does go to penalties then we would favour the Croatians who dominated their shootout with Denmark. Croatia to qualify is the likely outcome although that also looks short at 11/18 but it could be the safer punt among our other, longer-priced tips for Saturday’s game.