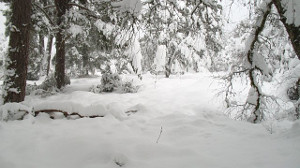 Across Western Europe, heavy snowfall caused problems in all walks of life over the second weekend of December 2017. For the sporting world, that meant a raft of cancellations and postponements with horse racing meetings in the UK being hit particularly hard.

Rugby matches also fell foul of the festive weather but football, with improved pitches and undersoil heating was relatively unaffected. For some, however, games went ahead but only just!

In the UK, even some professional matches had to be postponed because of the sheer weight of snow and ice. Scotland generally has issues at this time of year but across the weekend, the professional leagues had to concede to the weather on many occasions.

While most of the UK experienced snow on Sunday morning, the Scots had seen things deteriorate much sooner so early fixtures including Friday’s Championship match between Inverness Caledonian Thistle and Falkirk were lost. Scottish rugby was also affected but in other parts of the world, hardier souls did what they could in order to keep playing. 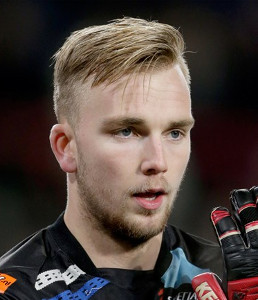 Over in America, the NFL continued in the face of the weather with the game between the Buffalo Bills and the Indianapolis Colts attracting most of the headlines. Not only was there snow on the ground, the two teams had to contend with a raging blizzard but somehow they managed to produce a thrilling game that saw the Bills win in overtime by 13 points to 7.

Back in Europe, Roda’s goalkeeper Hidde Jurjus took matters into his own hands and helped out by grabbing a shovel and clearing the lines around his penalty box. Playing a match in freezing conditions is no fun but once you’re out there, you may as well get it finished and that’s why Jurjus was so determined to lend a hand to the ground staff.

The German Bundesliga also experienced problems on a bitterly cold weekend with ice and snow affecting games all over the country. Once again, we also saw a bizarre incident take place, this time in the game between Cologne and Freiburg that saw the disappearance of a specific area that is vital for any football match.

With Cologne leading 1-0 thanks to an eighth minute goal from Lukas Klunter, the home side had the opportunity to double their lead on 16 minutes when the referee awarded a penalty. Unfortunately for all concerned, snow had fallen on the surface to such an extent that the exact penalty spot could not be located, even when that snow was brushed away.

What followed was a scene reminiscent of Sunday League football as the ref was left with no option but to re-mark the spot. He duly paced out the 12 yards from the goal line and marked accordingly before Cologne slotted home to make it 2-0.

We’re all at the mercy of the weather at times but snow carries extra issues for all sports. Many are left with no option but to postpone or abandon their fixtures while others, as we’ve seen, do their utmost to keep it going.

The snow has abated for now but the cold weather continues so can we expect more farcical scenes as we move through the winter period?