Please keep in mind that all odds mentioned are accurate at the time published on 08/05/2018 1:23 pm and are likely to change.

They call this tournament the ‘Fifth Major’ with a huge prize fund and significant FedEx Cup points to match so it’s no wonder that we have one of the strongest fields of the year heading into this week’s Players Championship.

There are hardly any notable absentees and it’s therefore going to be a tough prediction so let’s get straight on and see what the bookies make of it all.

Tight at the Top

The outright market is very close right now with just four points separating six players. Included in the list are no fewer than four joint favourites with Jason Day starting things off at best odds of 16/1 with Unibet and BetFred.

Rory McIlroy is also at a top price of 16/1 with MarathonBet while Jordan Spieth and Justin Thomas are also quoted at that figure with Sky Bet. Of those four names, Jason Day is our only former champion and, of course, he is our most recent winner on Tour having taken the Wells Fargo Championship at the weekend.

The Australian won this event in 2016 when he was at the top of his game and there were signs last week that he is returning to his best so, while all of those co-favourites have a strong claim, Jason Day may well be the most popular pick.

Dustin Johnson remains the World Number One for now but he may lose that ranking if results go against him this week. DJ started 2018 with a win but has taken breaks from the game and amidst some mixed form, he is slightly back from the favourites at best odds of 18/1 with Betway and 10Bet.

Johnson is also some way down the Power Rankings this week so there isn’t a lot of support for him but the threat to his number one status may just prove to be an inspiration.

Behind Johnson we have another former winner of this event in Rickie Fowler who can be picked up at a top price of 20/1 with Sun Bets and Coral. Fowler has also recorded a runners up slot at the Players Championship but aside from those two notable finishes, he has a best here of a tie for 60th so form in this tournament is mixed to say the least.

The field is so large and so strong this week that it will be impossible to list all of the contenders. Included in the chasing pack are a number of former winners including Phil Mickelson and Sergio Garcia who are both available at best odds of 35/1 with William Hill.

Tiger Woods is our most recent multiple winner and his resurgence in form will lead to some interest at a top price of 40/1 with MarathonBet while our defending champion Si-Woo Kim, who came from virtually nowhere to take the title in 2017, is way out at a best of 100/1 with Sun Bets and 188Bet.

Other golfers with longer prices to consider are Paul Casey at best odds of 33/1 with William Hill, Webb Simpson at a top price of 90/1 with SportingBet and Ian Poulter, who has recorded two second place finishes in this tournament and can be picked up this week at a best of 70/1 with BetFred.

There really are just too many names to list but we’ll need to move on now and define what it takes to pick a winner. 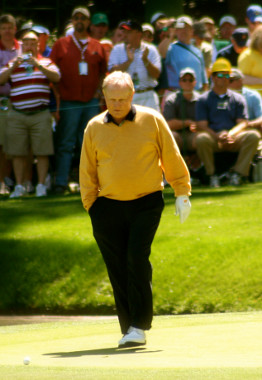 The Players Championship enjoyed a modest beginning back in 1974 when the first ever edition was won by Jack Nicklaus. One of the greats of the game, Nicklaus went on to win the event three times and to date is the only man to have claimed the trophy in three separate years.

In 1982, the tournament moved to its current home at TPC Sawgrass and from that point it became established as one of the biggest and most popular events on the Tour. The Florida venue contains some of the most iconic holes on the circuit including a punishing final three and the par three 17th with its famous island green.

Water is consistently in play so accuracy is paramount, right from the tee through to small greens that have a rapid rate on the stimpmeter.

GIR, Scrambling and Putting will therefore be key requirements this week so has that helped us to pick out a winner?

This field looks even tougher than the recent US Masters so many punters will be looking for Each Way bets or some Top Ten markets this week. If pushed for a winner, any of the four joint favourites has a case but we think there is value in the 18/1 price for Dustin Johnson.

We’d like to see him playing more regularly and while he hasn’t a great record at TPC Sawgrass, he will not want to relinquish that Number One spot lightly. Take DJ for an Each Way bet if you prefer but we’re opting for the straight win, coupled with some Top Ten suggestions that could all end up in a profitable four days.

Best Bets for the Players Championship 2018: