Following two away defeats at Burnley and Chelsea, this week has all-but extinguished Tottenham’s hopes of a Premier League title bid. Another tough test comes for Mauricio Pochettino’s side on Saturday lunchtime – kick: off 12:30 as resurgent Arsenal are the visitors to Wembley Stadium, in a hugely important North London Derby for both teams.

Before the recent two losses, Tottenham had no real concerns over finishing in the Champions League placings at the end of the season. But with the battle firmly on below Spurs in the league table, with Arsenal, Manchester United and Chelsea all fighting for top level European football next season, Tottenham’s form must pick up quickly to maintain their advantage.

The Gunners have bridged the gap to their North London rivals to just four points, following three Premier League wins over Huddersfield, Southampton and the most-recent 5-1 thrashing of Bournemouth on Wednesday night. Arsenal must redress the recent imbalance however, as the Gunners have not won at Tottenham in almost four years in the Premier League, as an early Tomas Rosicky goal was the difference in a 1-0 win.

Despite Spurs’ recent wobble, the Lilywhites have won their last three league home games, which highlights the stiff task that awaits Unai Emery’s side. We can expect a fierce and feisty North London Derby on Saturday, but who will emerge victorious? Read on for our thoughts in this hugely important clash.

With just one Premier League home defeat since 2007 against Arsenal, it is no surprise to see Tottenham as favourites to claim their 53rd league derby victory. Spurs can be backed with Unibet at the best industry price of 15/13 to widen the gap to seven points between the two clubs. An Arsenal victory can be backed with Unibet again at the stand-out odds of 27/10, while a North London stalemate is available with Betfred at the top price of 11/4.

Spurs have won the two most recent meetings between the two sides in front of their home supporters. A 1-0 home win last season courtesy of Spurs’ captain Harry Kane extended the unbeaten run over their local rivals to three games at home. Arsenal must get their away form back on track this season if they are to climb the league standings. The Gunners have claimed just 18 points from 13 league away games this season, and that is far inferior to their rivals in the chase for the Top Four.

Spurs’ strong home form can be determined as the key statistic to focus on for this contest. Arsenal have yet to prove themselves in big games against fellow top-four rivals – especially away from the Emirates Stadium this season – and despite Arsenal rolling over three comfortable wins recently, Tottenham look to be the call at a shade of odds-against on home soil. 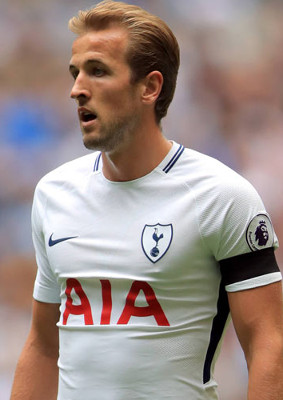 Tottenham’s Harry Kane unsurprisingly leads the market for the First Goal Scorer betting. The Spurs man has hit 15 Premier League goals this season. A key statistic is that of the last ten goals Tottenham have scored against Arsenal, Kane has hit seven of them.

The 7/2 on offer with Betway can be deemed as value worth taking on Kane, with the England striker returning to form following injury, and strong record against their nearest rivals.

Bookmaker 10Bet obviously sees new Arsenal striker, Pierre-Emerick Aubameyang as a serious threat to open the scoring at Wembley on Saturday by placing the new Arsenal man as a 7/2 chance to break the deadlock. However, SportingBet and BetBright offer a much more reasonable 5/1 on the former Borussia Dortmund man to bag first.

Notable others consist of Kane’s strike partner, Son Heung Min at 11/2 with SportingBet. Dele Alli could also return to the starting line-up for Tottenham at the weekend, and the 7/1 on offer with Betway may prove popular. Arsenal schemers, Henrikh Mkhitaryan and Mesut Ozil are also worthy of consideration at the tempting prices of 10/1 (Mkhitaryan) and 16/1 (Ozil) both with Betfred.

Once again, Both Teams to Score is a short-priced option at the best price of 3/5 with SportingBet. It is a likely winning selection, but the odds are a little short of value on this occasion. Over 2.5 Goals is also rather prohibitive at 7/10 with 188Bet, but it is another likely winner.

My belief is in Tottenham to win the game, and the high potential for both teams to score is illustrated on my main bet for this match. Ladbrokes and Coral offer 5/2 for a Spurs with BTTS double, in what promises to be an entertaining contest with lots of goal action at both ends of the pitch.

A 2-1 Tottenham victory can be backed at the tempting price of 8/1 with BetFred in the Correct Score betting market, and this should also be considered with small stakes.