Please keep in mind that all odds mentioned are accurate at the time published on 25/10/2018 11:55 am and are likely to change.

Reigning Premier League champions Manchester City have already claimed the top position at the summit of the league standings, but the Sky Blues are likely to face one of their stiffest tasks of the season as Pep Guardiola’s side make the trip to Wembley, to take on Tottenham Hotspur on Monday night – kick-off: 20:00 GMT.

Despite lying in fifth place, Spurs can overtake Manchester City with victory in the Monday night showpiece, under the lights at the national stadium. Tottenham, were hoping to have this fixture lined up as the opening night of their new home, but due to safety concerns, those plans have had to be shelved until December at the earliest.

Both teams enter this game in fine league form. Tottenham have won their last four Premier League outings since a 2-1 home defeat against Liverpool in September, while Manchester City have dropped just four points so far this season in another blistering start to their league campaign. This game has the potential to be an absolute classic, but who will win? Read on for our thoughts in this key Premier League fixture.

Manchester City are the strong favourites with the bookmakers to win this game, and City can be backed at the best industry price at the time of writing of 5/6 with MarathonBet and SportingBet to maintain their position as top dog in the Premier League.

The Draw and home win for Tottenham cannot be currently split by the oddsmakers as a Wembley stalemate is available at 16/5 – again with MarathonBet along with Betway, while the ‘home’ win for Mauricio Pochettino’s side can be taken with MarathonBet once again at the same odds of 16/5.

From previous results, just two games between these teams have ended in draws since the turn of the decade. Manchester City have had the better of the recent exchanges between the pair, in taking the last two Premier League meetings by 4-1 and 3-1 victories. Goals look likely in this contest, with Manchester City fancied to prevail once again.

One word of note before this game is the condition of the pitch at Wembley Stadium. The venue has staged two NFL games on the surface within the last eight days before Tottenham and Manchester City take to the field on Monday evening. The weather forecast is projected to turn for the worse also over the weekend, so the surface may not be at its finest for Premier League football. 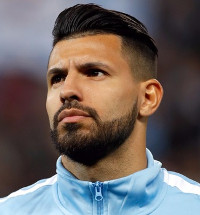 Such is the strength of the Manchester City squad, leading goal scorer, Sergio Aguero was left on the bench for the recent 3-0 Champions League win over Shakhtar Donetsk on Tuesday evening. It is highly likely that the Argentinian will be unleashed on the Tottenham defence for this important fixture.

Aguero is a top-priced 4/1 shot with Boylesports to open the scoring on Monday night in a bet that is likely to prove very popular with punters.

Tottenham’s talisman, Harry Kane is next in the betting at the best industry price of 5/1 with Unibet and 888Sport. Kane has hit five goals in the Premier League so far this season, and he is the main threat for Manchester City to neutralise. The England captain has been in solid, if not outstanding form so far this season, but this is a real chance for Kane to be able to push his team up the table.

Others of note in this market include Raheem Sterling, who is in fine recent form for club and country. The Manchester City attacker can be backed at 6/1 with Boylesports and BetBright to notch first.

Kevin De Bruyne has recently returned to the Manchester City side following an injury absence and the Belgian star can be backed at 12/1 with Boylesports to score first.

Finally, Christian Eriksen is another option to consider from a Tottenham perspective as the popular Danish midfield man could break the deadlock at the tempting odds of 14/1 with William Hill.

Our prediction for this game is that Manchester City will prevail after ninety minutes, but Spurs are likely to push them hard. Two fairly obvious short-priced selections come from the Both Teams to Score and the Over 2.5 Goals in the Match markets. These particular options can be backed at 4/7 (generally available) and 3/5 for Over 2.5 with 188BET. I wouldn’t put anyone off backing these bets, but I’m preferring to find something of better value.

The 9/4 on offer with 888Sport for Manchester City to Win the Match and Both Teams to Score looks to be worthy of a punt. This game can be expected to be a very attacking game on both sides, with goals being highly likely. If our prediction of a City win is to come true, it is also very plausible that Guardiola’s side cannot prevail without their defence being breached.

Our Correct Score offering for this game is an exact repeat of the result between the two teams at Wembley back in April. A 3-1 away victory for Manchester City can be backed with 10Bet at the standout price of 25/2, which is worthy of a small investment.