The fourth golfing Major of the year has been switched and from 2019, the US PGA Championship will be the second on the calendar. Traditionally, it’s always been held on America’s Labor Day but that becomes a Memorial Day fixture from hereon.

Otherwise, little has changed with the majority of the world’s best golfers descending on the Bethpage Black course on New York’s Long Island for four days of intense competition.

Brooks Koepka is our defending champion while all eyes are on the US Masters winner Tiger Woods but who will come home with the trophy on Sunday May 19?

The bookmakers are finding it tough to split the frontrunners with four men locked at the same price at some outlets. Elsewhere, Brooks Koepka is one of two joint favourites at best odds of 11/1 with Unibet while Dustin Johnson is also available at a top price of 11/1 with William Hill and 888Sport.

Just behind the top two is Rory McIlroy who is listed at a top price of 12/1 with Ladbrokes and Coral while Tiger Woods is quoted at a best of 13/1. With the exception of Johnson, three are former winners of the PGA Championship while all four are multiple Major champions. Form is good in each case so it’s clear as to why the bookies are having trouble splitting them.

Former US Open Champion Justin Rose is leading the chasers this week but the Englishman is still looking to discover his FedEx winning form from last season. Former US PGA Champion Jason Day may be a better option and, having won this tournament in 2015, the Australian also has a runners up slot from the following year.

Elsewhere, many are tipping Rickie Fowler to win his first Major while Jon Rahm and Francesco Molinari are also firmly in the mix. Molinari also has a runners up slot – to Justin Thomas in 2017 – but he is struggling to put a poor 2019 Masters finish behind him.

Another player nursing a Masters hangover is Xander Schauffele who was also handily placed on the final day before drifting late on. Schauffele has some support in the markets this week and has a game that could match the treacherous nature of this Bethpage Black Course.

This is such a strong field as any Major tournament should be and other players inside this chasing pack include Tommy Fleetwood, Sergio Garcia, Bryson Dechambeau and the big hitting Tony Finau who can make a mark on this tournament if he can ally his power to greater accuracy. 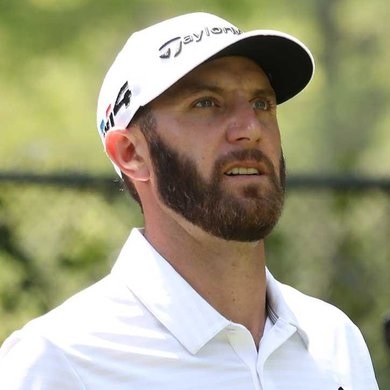 The line up at Bethpage Black this week reads like a roll call of former Major winners. Among the outsiders teeing off on Thursday are Bubba Watson at best odds of 60/1 with Unibet and BetFred, Adam Scott at 50/1 with SportingBet and Bethard, Jordan Spieth at a top price of 50/1 and Henrik Stenson at a best of 70/1 with Royal Panda.

There could be some value with those outsiders in terms of Top Ten markets but as for our winner, we’re looking at someone with much shorter odds.

A fiendish course could be made even more hazardous if poor weather persists through the week. Early pictures from Bethpage Black showed blustery conditions and umbrellas struggling to cope with heavy winds and strong rain. It remains to be seen whether those poor overheads and damp underfoots remain through the four days of competition but the elements could definitely have a say.

The course itself is a part 71 and at just under 7,500 yards, it’s a fairly lengthy one. The Power Hitters may have an advantage but with tight fairways throughout, anything less than pinpoint accuracy will be punished.

When analysing trends for the Majors, previous winners of any of the four big tournaments will usually take precedence. First-time Major winners are becoming increasingly rare so, this week, we will be looking for anyone who has already claimed the US PGA, the US Masters, the US Open and / or the Open Championship.

We’re also looking for a player who has experienced this course before. Bethpage Black may be making its debut in terms of the PGA but it has previously hosted both the US Open and the Barclays. We’re also going to be looking for a short price rather than a ‘punt’.

Tiger Woods makes an obvious case but he will need to be tighter on the fairways than he was at Augusta. We therefore keep coming back to the two men at the head of the market. Both Brooks Koepka and Dustin Johnson finished as runners up to Tiger Woods at the Masters and both are former Major winners. In the case of Koepka, he’s also our defending champion this week so form and history are on the side of each of them.

Of the two, we’re hedging towards Johnson who might have the edge in terms of accuracy. It’s been a while since he seriously threatened the Majors but this could be his week on a course that threatens to lay waste to many of his competitors.

DJ for the win is the tip but if you don’t like taking the favourite, consider some of these top ten options for better value.