Please keep in mind that all odds mentioned are accurate at the time published on 14/12/2017 7:56 am and are likely to change.

It’s been a mixed year for reigning World Champion Michael Van Gerwen but as 2017 drew to a close, the Dutchman found his best form again ahead of the main event. Now, with the PDC World Championships having finally arrived, MVG is way out in front in the outright markets.

The challenge, according to the bookies, comes from the usual suspects with Gary Anderson, Peter Wright and Phil Taylor leading the chasing pack but will we see an upset ahead, or even in the Final on New Year’s Day?

With the qualifying rounds imminent, Michael Van Gerwen is an odds on option right across the board while the best odds for a successful defence stand at 8/11 with Betway and SkyBet .

According to the bookies, double World Champion Gary Anderson is the biggest threat to MVG and you can pick up the Scot at a top price of 7/1 with SkyBet and 188Bet. Peter Wright follows at a best of 12/1 with Paddy Power and Sun Bets while anyone looking to back Phil Taylor for an emotional win ahead of retirement can get as much as 14/1 with SkyBet and Boylesports.

It’s therefore quite tight among the chasing bunch but do any of those players have a chance of catching the clear leader? 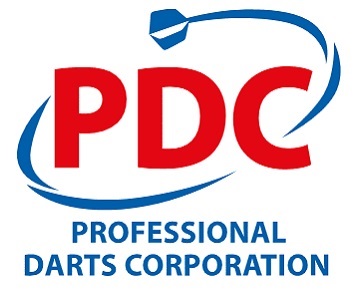 Van Gerwen hasn’t quite dominated the PDC scene this year as he did in 2016 but it’s still been a very productive 12 months for the Dutchman. It all started in the best possible fashion with a second world title and since then he’s claimed the European Championship, The Premier League, the Players Championship, The Masters and the Grand Slam.

That’s a significant haul and key to success at the Worlds is a storming finish to the year that has seen Mighty Mike recapture his best form. There have been some defeats and Taylor scored a notable victory over the Dutchman in the midst of ‘TextGate’ but if Van Gerwen is at his best, no-one is likely to come close.

It would be a huge surprise if anyone outside of the top four were to come through and upset the betting but there are some names to consider as we move through the list. Of those, Adrian Jackpot Lewis has been here before and as a former World Champion he knows how to get over the line in the big events.

Lewis is out at 33/1 with bet365 and BetBright in the outrights but he is much shorter elsewhere so could be worth a look.

It will also be interesting to see how Rob Cross fares this year after switching from a successful career in the BDO. Cross is at a top price of 16/1 with Paddy Power and BetFred and may be one to watch over the next two weeks.

Other prices in this mid-range area include Daryl Gurney at best odds of 45/1 with BetFred and former World Champion Raymond Van Barneveld at a top price of 66/1 with William Hill and Ladbrokes. Any of those names could cause some upsets along the way but in reality, none of them are likely to win it.

Away from the outright betting, there is an option to name the finalists and the favourite here is Gary Anderson and Michael Van Gerwen which is quoted at a best of 11/4 with bet365 and Betway. Because of the seeding, certain players will avoid each other but the figure that jumps out at us is the 11/2 with Ladbrokes on a Taylor / Van Gerwen final.

The Power has definitely lifted his game at the right times this year and with a buoyant crowd behind him he can do so for one last time but it may not be enough to beat Mighty Mike.

Other long term options are still available including the Most 180s across the tournament. Van Gerwen is ahead here again and looks very short at best odds of 4/6 with bet365 while Peter Wright at 14/1 and Phil Taylor at 20/1 – both with bet365 – could be contenders.

As for the overall result, this is one where we just have to side with the bookmakers. There may well be some enhanced offers for MVG but otherwise you can look to take a small profit on Van Gerwen to win the 2018 World Darts Championship at that 8/11 price.

It could also be a productive year for the world’s greatest player and a Phil Taylor / Michael Van Gerwen final would be a fitting end to the 2018 renewal.