Please keep in mind that all odds mentioned are accurate at the time published on 09/10/2018 9:42 am and are likely to change. 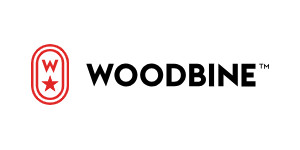 The Canadian International is one of the biggest races in the whole of North America and once again, 2018 is set to give us one of the strongest fields on the continent. This year’s renewal will take place on Saturday October 13 at the Woodbine Track in Toronto and a purse of 800,000 CAD is made available this time around.

The race itself dates back to the first edition in 1938 and this is a weight for age event, held around one and a half miles of the Woodbine Track. It’s a thoroughbred flat race for three year olds and above and with a strong declaration in prospect, let’s get straight on and look for a winner. 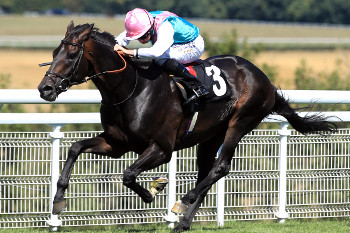 The final declaration has yet to be confirmed but it seems we are set for a tight market this year. A number of bookies have three joint favourites while SkyBet have Mirage Dancer and Crystal Ocean available at best odds of 7/2, but just in front is Thundering Blue at 3/1 with Ladbrokes.

Thundering Blue is a five year old American horse and like most of the runners here, his record is a mixed one. The David Menuisier trained gelding is a veteran of 19 outings but in that time has only won five times with 12 overall placings.

Mirage Dancer is a four year old, trained by Sir Michael Stoute and in his last three runs he has been ridden by Ryan Moore. In 11 outings to date, this horse has three wins and has been placed in eight of those races. It may be interesting to note at this point that the Moore – Stoute partnership won the Canadian International for two years in a row following on from Moore’s 2013 victory with Ed Dunlop on the great Joshua Tree.

As for Crystal Ocean, this is another four year old from the Sir Michael Stoute yard but this gelding has a marginally better record. In 11 runs thus far, he has five wins and has finished no worse than third.

Behind the top three we have our fourth favourite Robert Bruce at 9/2 with SkyBet before the market starts to move out. Mekhtaal is available at 13/2 with 10Bet and SportPesa while the same two bookmakers have 15/2 next to the name of Arklow.

Johnny Bear is next at 8/1 with Coral while both Channel Maker and Idaho can be picked up at the same top price of 10/1 with SkyBet. Idaho could be one to watch simply because he’s trained by the great Aidan O’Brien and comes from the prolific Smith, Magnier, Tabor stable. His record is respectable too with four wins and 11 overall places from 16 runs.

Meanwhile, at seven years old, age may not be on Johnny Bear’s side but he won on his last run and has more experience of this Woodbine Course than most of his rivals this week. 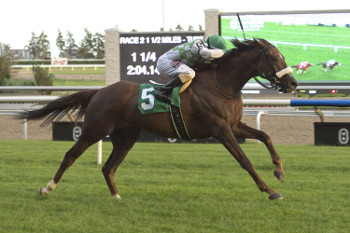 The field continues to drift but while this is a big early declaration, no horse is currently priced longer than 33/1 so there are no real ‘outsiders’ for the 2018 renewal of the Canadian International.

A couple of horses to consider from the longer prices include English Illusion and Markitoff who can both be found at the same odds of 18/1 with SportPesa and 10Bet. English Illusion is trained by Sylvain Pion and is another horse with extensive experience of this Woodbine course. He won on this track at the end of August in a result that was sandwiched by two third places, the most recent of which came on September 15.

Four year old Markitoff seems to be attracting some interest and was beaten into fourth place by Johnny Bear on his Woodbine debut back in September. Overall form isn’t encouraging however but if the field continues to slim down then this Michael Maker trained horse may stand a chance.

Other numbers to consider from the outside pack might include Tiz a Slam at 20/1 with Ladbrokes but in all probability we’ve already mentioned the race winner so let’s get straight on and see if we can make a profit.

The only record to really stand out from this bunch of runners and riders is that of Crystal Ocean. In 11 outings, the horse has been placed on each of those occasions and Sir Michael Stoute’s charge comes in to the Canadian International with a respectable tally of five wins.

The Stoute pedigree is also visible with Mirage Dancer and if he is piloted by Ryan Moore on Saturday, we have a pairing that previously won this race for two years in succession. All of the top three favourites look evenly matched but if conditions are in his favour and he has the right jockey on board, Mirage Dancer is our preferred candidate.

There is plenty of each way interest here too and while it all looks like a tough call from a big field, we think that the 10/1 price available on Idaho offers some good value. With Aidan O’Brien saddling him up, the horse has a great pedigree and 11 places in 16 races to date make him one of the more likely candidates for an Each Way profit.