Please keep in mind that all odds mentioned are accurate at the time published on 18/10/2017 11:30 am and are likely to change.

As golf’s European Tour continues its travels around Europe we have something of a curiosity this week. The Andalucia Masters was first held in 2010 but ran for only two years before being cancelled by local government as a cost cutting measure.

In 2017 it’s back on the calendar with a strong field heading to Valderrama with four days of top class action ahead of us. Sergio Garcia is our host and having won this tournament back in 2011, he is effectively our reigning champion but what chances does the Spaniard have of converting on home soil? 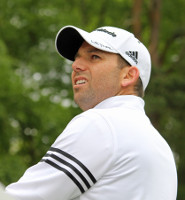 It’s very much a case of the home boys leading the way with Garcia and his countryman Jon Rahm almost locked together at the top of the betting. Garcia is quoted at a top price of 11/2 with SportingBet while Rahm is marginally shorter at a best of 5/1 with Betway and Winner Sports.

Trends are useful in golf as they are in any sport and any tournament is prone to give us multiple winners. However, with Sergio’s last victory coming here back in 2011 it’s debatable as to whether this has any relevance.

Form is clearly key and it’s been a positive year for both men – Garcia claiming his first major and Rahm really making a breakthrough with victory in the Farmers Open and the Irish Open – his first wins on both main tours.

Of the two men, Sergio performed well in Italy at the weekend without ever really looking like he could win while Jon Rahm has been quiet since the end of the PGA Tour season.

A notable absentee this week is Tyrrell Hatton and if we were looking for a form horse, we would have been backing the Englishman who celebrated two straight European Tour wins with victory in the Italian Open last Sunday.

In his absence however, there is a solid chasing pack and some good value as we move further down the market. Shane Lowry is available at best odds of 16/1 with Coral and Ladbrokes while German Martin Kaymer will be tempting at his top price of 20/1 with Winner Sports. Kaymer is a former US Open and PGA Champion who has been quiet of late and his last win came in 2014 but at 32 he could be reaching his peak once again and we will be watching his form with interest.

Other players a little further back include Joost Luiten at best odds of 25/1 with SkyBet and Soren Kjeldsen at a top price of 20/1 with 888Sport. Both men have enjoyed reasonable seasons and have the opportunity to finish 2017 with a win over the coming weeks.

Up to know, Andrew ‘Beef’ Johnston hasn’t quite produced the game to back up his big character and the Englishman continues to drift in these markets. For the Andalucia Masters, Johnston is out at a best of 50/1 with bet365 and 188Bet but like all of the golfers with that kind of price, he may be better suited to the Top Ten betting.

The same could also be said of Andy Sullivan who is at 45/1 with BetFred – a talented golfer who could emerge from the fringes and start delivering more consistent results.

Valderrama should be a very familiar course to nearly every golfer on the card this week having previously hosted the Ryder Cup and the prestigious Volvo Masters. It’s a relatively short course at par 71 and under 7,000 yards but it’s a stunning venue and has won many plaudits from participants over the years.

The key to winning at Valderrama lies in accuracy off the tee and greens in regulation, with sand in play on most holes and water offering a hazard at points around the course.

To be completely honest, the field is a little subdued this week with the absence of players such as Tyrrell Hatton and Ross Fisher, two men who have played exceptionally well at the start of October. However, that does leave some excellent value for this tournament, particularly if you don’t subscribe to the bookmakers’ theory that Garcia and Rahm have this sewn up.

Martin Kaymer is something of a dormant talent right now and a man who keeps giving us frustrating glimpses of his best golf. We’re not confident enough to back the German for an outright win but at 20/1 with Winner Sports he is a good Each Way option.

Andy Sullivan is a bit of a joker and his personality can sometimes suggest he doesn’t care enough on the course. In a reduced field and with a bit of determination, he could certainly come through and give us a return in the Top Ten market.