Please keep in mind that all odds mentioned are accurate at the time published on 22/08/2018 9:45 am and are likely to change. 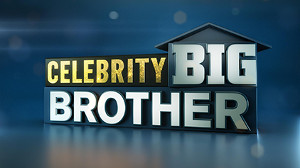 The circus that is Celebrity Big Brother has returned to our screens with a number of well known (and less well known names), battling it out for supremacy in the house. It’s one of the oldest reality TV shows still on the schedules and remains popular despite having been dropped in the UK by its former channel.

The action has begun so let’s just have a quick recap on the format before seeing if we can pick  a winner from the 2018 CBB line up.

The format of the show is a basic one and forms the basis of most reality TV programmes today. The contestants go about their daily business in the house, discussing their lives, performing tasks and interacting with other housemates,

After a period of time, the viewing public start to vote on eliminations and one-by-one, the contestants leave until the winner is the last man, or last woman standing. Whether you are an avid watcher or one of the millions who doesn’t understand the popularity of Big Brother, it has been possible to make some good returns in the betting markets so let’s see how they stand for 2018.

Controversy hit this year’s show even before the housemates were installed as Stormy Daniels, who had been scheduled to appear, was nowhere to be seen on the opening night. There are conflicting stories as to why she is missing from the final line up but she’s gone – for now at least.

The show has become known for a series of shock guests and some notable about turns but Stormy Daniels is missing from the bookmakers’ list so we’re not able to second guess the situation by taking a speculative bet. 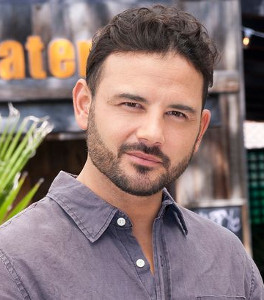 Of those that are firmly in the house, Ryan Thomas has maintained his position as favourite and can be claimed at best odds of 9/2 with William Hill and MarathonBet. That figure puts him some way clear of the chasing pack but the trends certainly aren’t in his favour.

Thomas made his name in the long-running Coronation Street but in the relatively long history of Celebrity Big Brother, no Soap Star has ever won the title. That trend could change and Thomas has remained the favourite since the 2018 edition began but he maintains a rather dour personality that could see him lose out in the long run.

There has been a lot of interest in Kirstie Alley during the early stages of this year’s Celebrity Big Brother and having been tipped for success in a number of places, the US actress has shortened from a general 9/1 to become second favourite at a top price of 11/2 with BetFred.

The stats aren’t kind to American contestants in the UK version of Celebrity Big Brother but unlike many of her predecessors, Alley is well known to the British public and that shift in the betting suggest they are on her side.

Betting is tight beyond the top two with Roxanne Pallett quoted at best odds of 7/1 with BetFred and Dan Osborne listed at a top price of 8/1 with Unibet and 888Sport. Rodrigo Alves is also available at 8/1 with BetFred and Coral and then the betting starts to move out with Natalie Nunn at a best of 14/1 with William Hill and Unibet.

Nunn has caused controversy over comments made to another contestant, Hardeep Singh Kohli. While not wanting to go into this in detail, those comments are unlikely to help her cause when the elimination voting begins.

Behind Natalie Nunn, Gabby Allen is next on the list at best odds of 16/1 with Betway while Chloe Ayling, the model who was at the centre of a kidnapping sensation, is available at 20/1 with Unibet and 888Sport.

Ben Jardine is at 22/1 with MarathonBet, former banker Nick Leeson is on offer at 25/1 with Ladbrokes and then we have psychic Sally Morgan at 33/1 with BetFred. We’ve mentioned Hardeep Singh Kohli, the chef and comedian who is listed at 33/1 with Unibet and then we come to our rank outsider, former Liverpool and Stoke City footballer Jermaine Pennant at 40/1 with Betway.

That completes a full list of all the contenders for Celebrity Big Brother 2018 so let’s see if we can make the right call in terms of a winner.

We’ve already mentioned some of the trends and there are two patterns that suggest neither of the two favourites will win. Ryan Thomas has to battle the fact that no Soap Star has ever won the CBB title while Kirstie Alley is up against the trend to vote against our American visitors.

Sportsmen have performed OK in previous editions but while we have Jermaine Pennant in the house, he is the outsider in the betting markets and there look to be strong reasons as to why that is the case.

Those patterns have to be broken at some point but based on early exchanges in the house, neither Thomas nor Alley is really impressing us right now. In the past, previous winners have often gone under the radar only to blossom as the series wears on, revealing their true characters only when certain inmates are eliminated.

At this early stage of the competition, one of the prices that interests us is the 8/1 next to the name of Dan Osborne. The Only Way is Essex Star hasn’t exactly kept out of the spotlight amidst rumours of a fling with housemate Gabby Allen but that kind of interest will keep him in the house for some time and that will give him the opportunity for his true nature to come through.

Kirstie Alley is a tempter while Osborne is a punt but his antics have not affected his price and across a long competition, he has already intrigued the voting public and has plenty of time left in which to fully win them over.