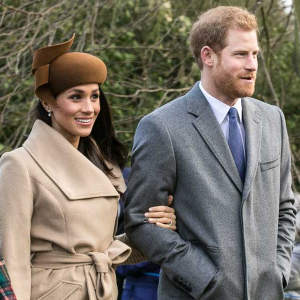 We’re heading towards a big weekend for the betting community and we’re not just talking about the FA Cup final. For those who like their novelty markets we have a Royal Wedding coming up this Saturday May 19 as Prince Harry and Meghan Markle are to be betrothed at Windsor Castle.

Over the months that followed the announcement of the engagement, we’ve looked at a number of pre-wedding markets including date, venue and the identity of the best man but while all of those have been settled, there is still plenty for us to punt on.

Here, then is a round up of some of the more interesting Royal Wedding bets for 2018.

It’s not often that an item of clothing generates any interest in the betting fraternity but at the top of the list of options for this event is the colour of the Queen’s Hat. It will be chosen with meticulous detail and no guest will want to clash with Her Majesty in terms of headwear.

The options in terms of bookmakers is quite low for this: Sky Bet have a number of multiples that combine the hat colour with separate outcomes and we’ll come to those shortly but as a single bet, Coral are the only destination right now.

The favourite colour in this particular market is Green which comes in at Even Money with Coral. Royal Watchers will know that this is a favourite of the Queen but any punter is free to do some research and back this up by checking on previous major royal occasions.

Behind the market leader is Blue at 3/1 and then we have Pink and Yellow locked at the same price of 5/1. The betting remains tight as we move through the list with Purple at 6/1 and Cream or Ivory at 8/1. The rank outsider is brown at 40/1 and we’re now at the more unlikely stage in terms of picking a winner. Once again, all of those quoted prices come from Coral.

Sky Bet may have withdrawn their ‘hat’ market this week but you can still bet with them on the make of vehicle that will take the bride to Windsor Castle. The favourite by some distance is a Rolls-Royce – that old English classic – which is available here at odds of 4/5 with Sky Bet.

Bentley is close behind at 6/5 followed by Aston Martin at 8/1. Once again, we’re talking stylish British cars and that’s why the rather ostentatious Lamborghini comes in at a distant 50/1. Finally, Sky Bet have added some humour to this market by offering odds of 250/1 on Meghan to be driven by any vehicle carrying an Uber sticker.

Sky Bet are also the only bookmaker to get behind the First Dance betting. This is where punters need to decide on the name of the artist who will provide the song behind the married couple’s traditional first dance.

The favourite here is Whitney Houston at 2/5 with Sky Bet and her classic anthem I Will Always Love You has been played at weddings all over the world since it was first released many years ago. It could be seen as a ‘corny’ selection however and maybe not one for the Royals.

Alternatives include Elton John, a definite royal favourite, at 2/1 followed by Ed Sheeran at 3/1 and Adele at 8/1. From there, we have another set of unlikely punts including One Direction at 40/1. The infamous Boy Band are currently on hiatus but sadly their music lives on. Meanwhile, Elvis Presley at 80/1 and The Spice Girls at 100/1 are other options quoted by Sky Bet.

We mentioned that Sky Bet had also listed some multiples: Some are quite outrageous such as Cara Delevingne to attend, Harry to be Clean Shaven, Harry to wear over 2.5 medals and the Vicar to say ‘Jesus’ during the ceremony. If that combination looks to be of interest, Sky Bet have odds of 33/1 available.

Rather more plausible is the double that has 12/1 on the Queen’s Hat to be Pink and Harry to be Clean Shaven. There is a whole host of these – far too many to mention – so if they sound interesting, log in to your Sky Bet account and take a look around. 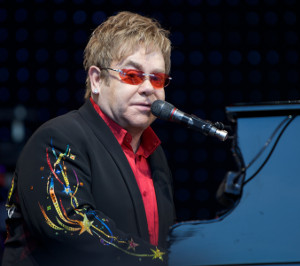 There is a real mix of markets here ranging from the entertaining to the ridiculous but for those looking for the most likely option, we would recommend betting on a Rolls-Royce to be used as Meghan Markle’s arrival vehicle.

The Queen’s Hat to be green also looks a likely option but that’s another favourite at a low price so we’ll finish this round up with a look at the First Dance betting. We’re not entirely sure why Whitney Houston is such a clear favourite here although her choice would give a nod to the fact that Meghan Markle is an American and we while the ceremony may be traditionally British, the after party may well cross the Atlantic in different shapes and forms.

However, as a second favourite at 2/1, Elton John represents some good value in our opinion. He’s another artist that spans the UK and the US but there is a resonance with the Prince that we think will be acknowledged. Having performed that moving version of Candle in the Wind at Diana’s funeral in 1997, it would be no surprise to see further input from Elton – albeit via a more upbeat tune.

The Royal Wedding takes place this Saturday May 19, with the ceremony getting underway at Noon UK time so there is no time clash with the FA Cup on a busy betting day.