The second half of 2017 was notable for injuries to some of the world’s best tennis players and unfortunately those issues have been carried over to the first Grand Slam event of 2017. We’ve already seen Andy Murray and Kei Nishikori withdraw from the Australian Open while there are serious doubts over the participation of Novak Djokovic, who hasn’t played competitively since Wimbledon last July.

As a result, we have a rather depleted field for the men’s singles which start in Melbourne on January 15 but that could potentially leave some value in those who are fit and ready to do battle. 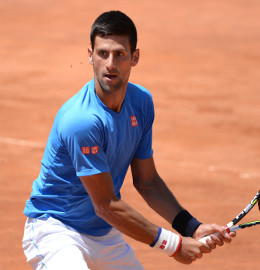 It would be unfair to suggest that injuries to other players in the second half of 2017 allowed Roger Federer to enjoy a stellar year. Two Grand Slams for the veteran Swiss were fully deserved and he comes into the 2018 Australian Open as favourite at a top price of 11/5 with Sport Pesa.

Remember, he claimed this very event 12 months ago against a much stronger field and as our reigning champion he is a worthy favourite. Following on is Rafael Nadal at best odds of 5/1 with 10Bet while Novak Djokovic is available at a best of 6/1 with Boylesports.

Djokovic is said to be competing in some warm up games before making a final decision on Melbourne so it would be wise to monitor the news before committing to a stake on the Serb.

Behind Djokovic we have a gap to the third favourite Alexander Zverev who can be picked up at a top price of 10/1 with William Hill and Sun Bets. The German is ranked number four in the World but has yet to progress beyond the fourth round of any Grand Slam event.

Next we move on to Grigor Dimitrov, who is at the same price as Zverev with most outlets but can be claimed at higher best odds of 12/1 with Sport Pesa. The Bulgarian could be seen as a better option and although Zverev has marginally better form coming into Australia, Dimitrov has a more impressive record in Grand Slam events that includes a semi final appearance here 12 months ago.

Stanislas Wawrinka is a previous winner of this event having taken out the Australian Open in 2016 and he is available for the 2018 Men’s Singles at 33/1 with BetFred. The Swiss is another player to have been dogged by injury over the last 12 months so perhaps he should be avoided but it is worth noting that he is as short as 16/1 elsewhere.

Other options in the outside section include the talented but temperamental Nick Kyrgios at best odds of 20/1 with Winner Sports, David Goffin at 20/1 with Betway and 10Bet plus Dominic Thiem at an excellent top price of 35/1 with Unibet and 888Sport. 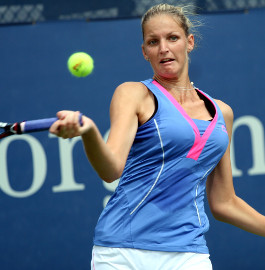 The market for the women’s singles will also be a busy one and once again, we’ve seen a high profile withdrawal from this section. Having given birth in 2017, Serena Williams feels she’s not quite ready for a return to competitive action and the outright betting is very tight in her absence.

In fact, we have joint favourites with Karolina Pliskova available at best odds of 8/1 with SportingBet and Garbine Muguruza available at that same top price of 8/1 with Coral and BetFred. Pliskova reached the quarter finals of this event last year and has yet to win a Grand Slam but naturally the dominance of Serena Williams puts that record into better context.

Muguruza, meanwhile, was also a quarter finalist at the Australian Open 12 months ago but she has tasted Grand Slam success, winning Wimbledon in 2017 and the French Open a year earlier.

Williams is the reigning champion but without her participation, it’s a tough market to call. Other options for the 2018 Women’s Singles include Simona Halep, who is tight to the favourites at a best of 83/10 with MarathonBet, Elina Svitolina at a top price of 11/1 and the returning Maria Sharapova at best odds of 12/1 with BetFred. The fact that all five of the players we have mentioned so far can be picked up at 8/1 with some operators tells us how tight this section could be.

Like all Grand Slams, there are other options besides the two senior singles tournaments so it’s possible to bet on men’s doubles, women’s doubles and, in some cases, the mixed doubles at the 2018 Australian Open.

At the time of writing however, only the two singles events carry prices but this situation should change as the Australian Open draws closer. Of course, when the tournament starts there will be options to bet on each match including a good range of side bets such as correct score while the fast paced action of tennis makes it a perfect sport for those that like to bet in play.

For now, however, it’s all about picking a winner from the two outright markets that are currently available.

The men’s Grand Slams were dominated by Roger Federer and Rafael Nadal in 2017 but of those two, Nadal is by no means a certain starter following his own injury problems. Federer is clearly the man to beat but where will the challenge come from and will we see a first time Grand Slam winner in the men’s section?

There may never be a better time for the likes of Alexander Zverev and Grigor Dimitrov to come through with so many absentees and top players returning from injury. First tournaments of any year can be the hardest to pick but when you consider who is missing, Roger Federer looks an obvious candidate for the men’s singles.

In the women’s section, while we’ve considered the top two, we have yet to discuss the qualities of Simona Halep. The Romanian is another player yet to win a Grand Slam but has just as much claim on the title this year as the other four women who are priced around the 8/1 mark.