Please keep in mind that all odds mentioned are accurate at the time published on 19/12/2017 4:57 pm and are likely to change.

Thursday’s schedule at the PDC World Darts Championship has a good mix of intriguing ties ahead of the entrance of one of this year’s leading contenders. Peter ‘Snakebite’ Wright takes to the Oche at the end of the evening to continue his quest for the crown but before that, there could be some potential value in the early games.

Getting us underway at 19:15 UK time are Cristo Reyes and Antonio Alcinas and while we have a clear favourite in this one, it does have potential for an upset. As for the result betting, Reyes goes into it at a best of 3/10 with bet365 while Alcinas is very much the outside punt at 3/1 with Paddy Power.

It’s still a race to three at this early stage and we’ve already seen some upsets in the short format. Alcinas is a competent player but Reyes got to the last 16 here in 2015 and after some decent performances in 2017, this should go with the favourite. However, it could be tight and a correct score of 3-2 in favour of Cristo Reyes looks a decent option at best odds of 4/1 with William Hill and Sun Bets.

Moving Through The Card 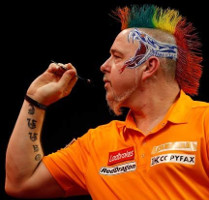 The second match of Thursday night sees the talented Belgian Kim Huybrechts take on James Richardson and this is one where we could see a potential upset. Huybrechts has that talent and huge potential but he’s wildly inconsistent and looks vulnerable over the best of five legs.

Huybrechts is favourite at 6/19 with MarathonBet but Wilson is certainly a tempter at 11/4 with bet365.

We’ll come back to that clash but next up we have Darren Webster versus Devon Petersen with Webster the hot favourite at 1/4 with bet365 and Winner Sports. Petersen, a qualifier from South Africa, did reach the last 16 here in 2014 but has struggled to make an impact since and we feel that the bookies are spot on with this call. 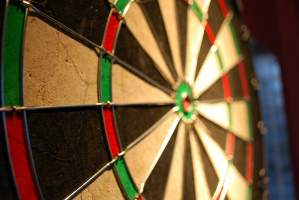 The three early games merely build up to the main event on the card as Peter Wright, fourth favourite to win the tournament at 16/1 with William Hill, makes his trademark entrance. Wright is up against Diogo Portela and while anything can happen at this early stage, we think that the odds say it all this time.

Wright is red hot for this game and the best price we can possibly find at the moment is the 1/16 being quoted by MarathonBet. Brazilian Portela is a 12/1 shot with Betway so, if you want a tiny profit, get behind SnakeBite in this one.

It is the featured game however so we should look to see if we find any value by looking at the side betting. We’ve followed the Correct Score markets for much of this tournament so far and a number of punters are likely to get behind Wright to win 3-0 at 8/13 with Paddy Power.

However, Portela must possess some quality to be here and with at least two chances to throw first, he should win at least one leg. Wright to win 3-1 in this match looks good at a top price of 29/10 with BetBright.

We’re therefore looking at two tips from the night’s play so far but what about that Huybrechts versus Richardson match for a potential upset? Hurricane Huybrechts got to the quarter finals of this very event in 2012 and has featured in the Premier League but has failed to deliver on some serious potential.

Richardson is edging towards veteran status at the age of 43 and has done little to suggest he will claim a major title but in this race to three we’ve already seen a number of upsets and we feel this is primed for another.