Please keep in mind that all odds mentioned are accurate at the time published on 17/11/2017 3:03 pm and are likely to change.

2017 has been a fascinating year in the world of tennis as injuries to some of the top players played their part in the resurgence of Roger Federer who is arguably displaying the form of his life right now.

There’s more to look forward to in 2018 but now we look ahead to the major team event on the calendar and a tournament that traditionally brings the curtain down on another 12 months. This year’s Davis Cup final will be played out between France and Belgium in Lille from the 24th to the 26th of November and some high class action is in store as we find a winner from between these near neighbours.

The Davis Cup betting market is one of the busiest in terms of tennis staking and there are a number of good value options for a tournament that dates right back to 1900. 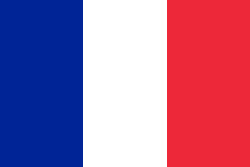 It’s a straight choice between two teams for the outright winner and France lead the betting by some margin at a top price of 1/4 with Winner Sports and BetFred. That leaves Belgium as the only other option and their best odds currently come in at 10/3 with SkyBet and MarathonBet.

Both teams have relatively sound recent records in this competition with France reaching the semis last season and while Belgium crashed out in the first round, they made it all the way to the final in 2016 where they were defeated by Great Britain.

As for this year, we’ll need to take a closer look at the make up of the two teams to see if the bookies have got their Davis Cup odds right ahead of the tournament. 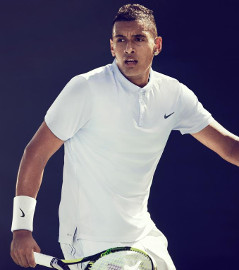 Belgium won their semi final against Australia by the narrowest of 3-2 margins in a series where David Goffin was the star, winning both of his singles matches, including a crucial win over the dangerous Nick Kyrgios.

At 2-1 down after the doubles, the Belgians fought back and after Goffin had levelled things up, Steve Darcis beat Jordan Thompson in straight sets to take the country to their second Davis Cup final in three years.

Goffin is the key player if Belgium are to succeed and at the time of writing, the 27 year old is ranked eighth in the world for men’s singles. It’s been a productive year for him too and he comes into the final in good form having achieved his highest finishes in both the Australian Open and the US Open.

France are in the final having beaten Serbia by three rubbers to one and Jo-Wilfried Tsonga was at the heart of that success, winning both of his singles matches to ensure that his country didn’t have to go into a decider.

Tsonga is 32 now and has drifted to 15th in the men’s singles rankings but he’s taken four ATP Tour titles this season and clearly remains a threat at any level of tennis. Tsonga vs Goffin will therefore be the key clash if both men are fit and at their best in Lille.

With exactly one week to go until the tournament starts, only the outright winner betting is available but that should be joined by extra markets in the days to follow. Correct score betting should be made available and this has the capacity to be a tight contest, with 3-2 to either team a potential final scoreline.

Obviously, there will be match betting and this will be across all three days with markets for all five contests, should the Davis Cup final go to a decider. Correct scores in terms of sets and games will be on offer and, of course, there is lots of potential for betting in play from the usual providers including bet365. 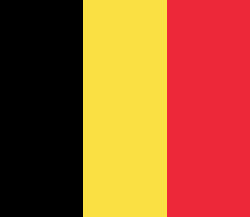 France have the better squad overall and will have the benefit of a noisy home crowd behind them but are they worthy favourites or can this market be upset? The key clash, as we’ve already mentioned, is the one between David Goffin and Jo-Wilfried Tsonga and, if the Belgians can pick up just one further point from either the doubles or their remaining singles matches, world number eight Goffin has the capability to deliver two wins that will take the country to a memorable victory.

The Head to Head stats aren’t quite in the Belgian’s favour however and in six matches between the two men, Tsonga has won four of them and he also claimed the most recent tie as they met in Rotterdam earlier this year.

However, Goffin is the better player and his rankings confirm that. He carries this Belgian team to an extent but, if he can take the pressure then the underdogs have the capacity to deliver the Davis Cup at an excellent value price.