Please keep in mind that all odds mentioned are accurate at the time published on 19/12/2017 5:40 pm and are likely to change.

The Golden Globe awards are often seen as a curtain raiser to the Oscars but they are very much an important part of the Hollywood Film Industry in their own right. The majority of the categories in question mirror those of the Academy Awards and the key difference is that winners are voted for by the local press association.

Like the Oscars, there is a lively betting market for the Golden Globes and once again, much of the focus is placed on best picture. Here, there are separate categories however and we’ll start with the award for best drama.

If you’ve studied Oscars betting then you’ll already be familiar with the front runners for best picture at the Globes however, there is one key difference. For much of the time that the Oscars markets have been open, Dunkirk has featured at the top of the betting but for the Golden Globes this classic War film is the second favourite and available at best odds of 7/2 with Paddy Power.

Meanwhile, The Post becomes the marginal favourite to win Best Picture at a top price of 3/1 with bet365. Perhaps the difference here is that The Post is a film that takes in the newspaper industry and maybe the odds setters feel that the members of the press that decide the awards will be swayed by this element.

The film has a controversial element to it however as it relates to the Vietnam War and leaked documents uncovered by the Washington Post that were referred to as the Pentagon Papers. With Tom Hanks and Meryl Streep leading the way, this is an impressive cast and it’s clear to see why it’s highly favoured.

Dunkirk is a worthy challenger however and has been favourite in the wider Oscars Betting for some time so it’s going to be tough to split those two. Meanwhile, there are alternatives for those that want to look beyond the favourites.

Unlike the Oscars where every film released in the previous year has a chance of winning, the Golden Globes awards features a smaller set of nominees so there are less to choose from.

Only four films are quoted on the list and in third place we have The Shape of Water which is on offer at best odds of 9/2 with SportingBet. This is a film with a December 2017 release so it will be fresh in the judges’ memory and this is a fantasy drama, therefore bringing a new element to the betting.

As the outside option, Call me by Your Name comes in at a top price of 13/2 with MarathonBet. This is a drama with a Coming of Age theme and it’s one that carries a similar price in the Oscars betting.

It’s a short list in every sense of the term and would seem to be a straight shoot out between The Post and Dunkirk. With the press making the final call, The Post would seem to have the edge and 3/1 is always a reasonable price in a market with only four alternatives.

We mentioned that there were a number of additional markets to consider away from the best drama award and a number of alternative markets have already been published for the 2018 Golden Globes. Included in these is another best picture trophy, this time in the category of Musical and Comedy.

Unlike the best drama section however, we have a clear favourite in this one with Lady Bird on offer at best odds of 4/5 with BetFred for the win in this category. This is the story of a high school senior and the difficult relationship she has with her mother and while the cast may be largely unfamiliar, this has clearly grabbed the attention of the pundits and the film has a clear lead over the opposition.

Also involved in the Best Picture for this category are Get Out at 21/5 with Paddy Power, The Disaster Artist at best odds of 9/1 with bet365 and SportingBet plus The Greatest Showman which is very much an outside punt at 16/1 with bet365 again. 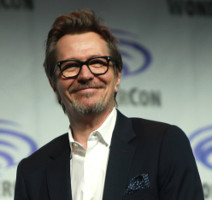 Like the Oscars, the Golden Globes awards night also features individual trophies and the most popular of these from a betting point of view is likely to be the best actor category from Film Dramas. This is a very interesting market and if you were expecting it to follow the betting for the overall film category, you’d be wrong.

While The Post leads the way elsewhere, it’s star, Tom Hanks is way out in the betting to win Best Actor at a top price of 20/1 with bet365 – although he is as short as 9/1 with other bookies. Meanwhile, the favourite by some margin is Gary Oldman for The Darkest Hour. Oldman portrays Winston Churchill in that epic and is on offer at best odds of 1/3 with William Hill and BetFred.

Also listed in this particular category are Timothee Chalomet for Call me by Your Name at a best of 6/1 with BetFred and Daniel Day-Lewis for Phantom Thread at a top price of 12/1 with bet365. Day-Lewis is an interesting one because this is due to be his last film before he heads into retirement. The possibility of a nostalgia-influenced vote must be there because the same actor is much shorter elsewhere with 4/1 on the table from another source.

There are many other categories to consider at the Golden Globes including best Director, best supporting actor / actress and more but we’ve covered the ‘big three’ in some depth so now it’s time to make a choice.

Being a film buff would certainly help here but even from an outside point of view it’s fairly easy to see why The Post is ahead in its own category. Forget the association with the press however, this is simply a great film and it deserves to convert at that 3/1 price.

In the Best Actor (Drama) category, the clear favourite should deliver and while we would rarely bother to tip anything as short as 1/3, it looks fairly nailed on. However, it is also very tempting to take a smaller stake on Daniel Day-Lewis as it would surprise no-one to see him bow out of the industry with a clutch of awards.