Hero World Challenge: Woods Back but Can He Upset the Market?

Please keep in mind that all odds mentioned are accurate at the time published on 29/11/2017 6:53 pm and are likely to change.

As he did twelve months ago, Tiger Woods returns to competitive golfing action in an event that he hosts. The season is rapidly drawing to a close and the Hero World Challenge will bring the curtain down on 2017 for the majority of this small field.

Held since 1999, this tournament features just 18 of the world’s best players but it’s not always easy to find the winner, even in such a short field. Usually, you can’t rule anyone out but as he comes back from his latest injury, there seems little chance of Woods upsetting the markets.

Tiger Woods has won this event on no fewer than five previous occasions but the bookies aren’t expecting him to add to that tally this time around. The 14-time major winner has the longest best price of any competitor this week and you can pick him up at 50/1.

Former Coach Butch Harman has said that Woods would not enter if he didn’t feel he could win and he only has another 17 players to get past but given that chronic injury record it does seem like a distant hope.

As we all know, you should never rule anything out when it comes to betting but we’d quite like to see a market that speculates on whether Tiger will complete all four rounds. It’s good to see him back but the likelihood of him winning this event seems a little far-fetched.

Of more interest are the three men at the top of the result market and it’s no coincidence that they are the top three ranked golfers in the world right now. Of those three, Justin Thomas starts things off with a narrow advantage and you can back the current US PGA Champion at a best price of 6/10 with MarathonBet.

Following closely behind are Dustin Johnson at best odds of 13/2 with Unibet plus Jordan Spieth, who can be picked up at that same 13/2 price with Coral and Sun Bets. Aside from Spieth, none of those three have so far made an impact at this event but as the three best golfers in the world we clearly can’t discount them.

One issue, however, is a long period of inactivity for all involved and as the year draws to a close, Spieth, Johnson and Thomas have all been relatively quiet so have no real momentum coming into this event.

Rest of The Pack 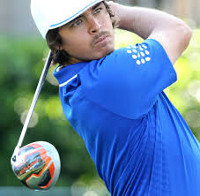 The big three have been quiet but it’s been a busy period for Rickie Fowler who is one to watch at his best price of 9/1 with William Hill and 188Bet. Fowler claimed a second place last time out and has the form and stats to seal a win this week.

According to those in the know, there is plenty of interest in Tommy Fleetwood right now and the Race to Dubai winner certainly looks interesting at his best price of 28/1 with MarathonBet and 888Sport. Fleetwood almost fell over the line as Europe’s best golfer in 2017 but showed glimpses of his best in Hong Kong at the weekend and there’s certainly value in that figure.

Justin Rose, who ran Fleetwood so close in that Race to Dubai, is the other Englishman in the field and in the better form right now so he might be more tempting at his best price of 10/1 with bet365 and 188Bet. Rose has flagged a little in his last two events but took consecutive wins in Europe prior to that and remains in decent form.

Elsewhere, Hideki Matusyama is the defending champion and is available at a top price of 12/1 with Paddy Power and 10Bet. It’s not been the best of years for the Japanese but if he can find his best form from 2016 then he can never be ruled out.

The same could be said about a number of players with similar prices and that includes Henrik Stenson who is at a best of 18/1 with SportingBet and MarathonBet. The 2016 Open Champion hasn’t enjoyed the most productive 2017 but he has been a runner up in the Hero World Challenge in two of the last three years so clearly is comfortable at this venue.

Other players in the mid-range set of prices include Patrick Reed at best odds of 20/1 with bet365 and BetBright, Matt Kuchar at 28/1 with Ladbrokes and Coral plus Daniel Berger at 25/1 with Ladbrokes. 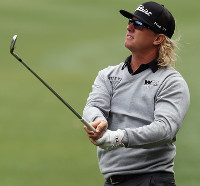 As we know, only 18 golfers are involved this week so it’s not a case of looking for 100/1 shots to come through and pull off a shock. Woods has that longest best price of 50/1 but there are two men just ahead of him who are worthy of mentions.

Kevin Chappell has been a good option throughout 2017 in the Top Ten markets and while we will avoid that particular bet this week, his best odds of 40/1 with SportingBet make him a potential Each Way punt. The same can be said for Charley Hoffman at 35/1 with SkyBet and MarathonBet although Chappell is the more consistent of the two.

The tournament returns to the Bahamas and a strange mis-mash of a course designed by Ernie Els that features five par-5s, five par-3s and just the eight par-4s. Players must be able to adapt quickly and it can be hard for some of them to find a rhythm. Like all links courses, wind can be a huge factor here and there are plenty of bunkers on hand that will punish any inaccuracy off the tee.

Tiger has won this event on five occasions and in general, multiple winners have been relatively common since it was first held in 1999 so Matsuyama may have a chance of a successful defence. Based on current stats however, we’re looking at the following picks.

There are lots of men in form as we come into this event but the one name that stands out for us is that of Rickie Fowler. Not only does he have that form, he’s also been very active in recent weeks, unlike many of the competitors here and that should also be in his favour.

Fowler’s relevant stats are good too so we’re staking on the American in the outright win market. With such a small field, it’s not an event where too many Each Way options land but Kevin Chappell is a consistent performer who offers lots of profits from long range so we’ll go a step further with him this week.