Please keep in mind that all odds mentioned are accurate at the time published on 21/02/2018 9:11 am and are likely to change.

With the US Tour coming to the PGA National, we have a prestige event in store this week so it’s perhaps a little surprising that the field for the Honda Classic isn’t stronger. Among those missing out are the World Numbers One and Two with Dustin Johnson and Jon Rahm taking a break while Jordan Spieth is also absent.

What we are left with, therefore, is a very open field but there are some strong golfers in attendance along with some great potential for value picks.

Only Jack Nicklaus has ever mounted a successful defence of the Honda Classic so the omens aren’t necessarily good for Rickie Fowler as he attempts to secure back-to-back wins. Fowler won by some distance last year and is available for the 2018 renewal at best odds of 9/1 with Unibet and 888Sport.

While we’re not taking history into account to any great extent, the 29 year old was a profitable pick at the end of 2017 as he stayed competing while others took a break. Having rested this time, we may look at others who have better recent form. 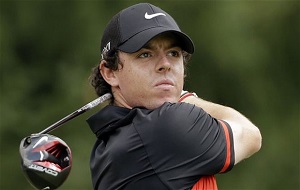 Second favourite this week is reigning PGA Champion Justin Thomas who is available at a top price of 11/1 with Betway and Sun Bets. Thomas started the New Year slowly but a tie for ninth place at the Genesis Open at the weekend suggests that he could be peaking nicely for Florida this time.

Also at 11/1 with some bookies is Rory McIlroy while elsewhere, you can pick up the Northern Irishman at a best of 12/1 with SportingBet. Rory is another former winner of this event having taken out the Honda Classic in 2012 and he also claimed a runners up slot, losing out in a play off two years later.

Further back is Sergio Garcia who is the reigning Masters Champion and many said that the Spaniard displayed the form of his life in 2017. Sergio starts this week at a top price of 18/1 with bet365 but we don’t really know what to expect as this is his first start on the tour this year. 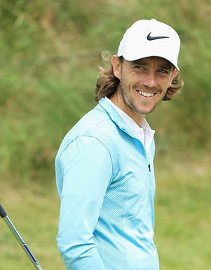 There could be plenty of value this week in a tournament that’s offered more than its fair share of surprise outcomes over the years. It’s also an event where the Americans don’t dominate – an unusual stat – so could either of a strong English pairing get over the line?

Tommy Fleetwood is trying his hand on the PGA Tour after winning the Race to Dubai in Europe and will tempt many at his best odds of 33/1 with Unibet. At a shorter top price of 30/1 with Unibet and 888Sport is Tyrrell Hatton and while Fleetwood has enjoyed more success, Hatton has better relevant stats that lead to his higher place in the outright market.

From there we start to move much further down the field where anything can happen amongst a set of players with exceptional prices. There’s Brandt Snedeker who returned a number of profits in Top Ten markets in 2017 and he goes off at excellent best odds of 60/1 with Unibet and 888Sport.

Ryan Moore is another player with decent 2017 touch who looks strong at a top price of 70/1 with bet365 while Graeme McDowell made a welcome return to the Top Ten at the Genesis Open last week and starts at a seriously tempting 80/1.

Moving into three figures, two-time Champion Padraig Harrington may be a tempter for some at 250/1 and then there’s Ted Potter Jr who was a winner just two short weeks ago and can be picked up this week at best odds of 175/1 with Unibet and 888Sport.

So many options are here and there are many more that we have yet to mention but now it’s time to make some picks.

This is a short course by Tour standards but it can be fiendishly punishing on any inaccuracies. It’s laden with bunkers and water hazards so for players who don’t have good GIR stats, strong scrambling is a must.

There is also an interesting recent trend that may help us this week. Bubba Watson, hopelessly out of form for some time, came through on Sunday to take the Genesis Open – his third win in the event over just five renewals. Prior to that, Phil Mickelson came second in the AT&T Pebble Beach to maintain a strong showing in that particular tournament.

We wouldn’t necessarily say that Rory McIlroy has no form but it’s been a mixed start to the year with some good performances in Europe and some weaker results in the US. However, there are signs that 2018 will be far more productive and with one Honda Classic win and a second place since 2012, we’re putting our faith, albeit in a cautious Each Way bet, on Rory this week.

Added to that bet are some Top Ten picks on players who have either profited well for us in recent years or have started 2018 strongly and look set to maintain that form over four days at the PGA National in Florida.

Best Bets for the Honda Classic 2018: