Please keep in mind that all odds mentioned are accurate at the time published on 11/04/2018 8:46 am and are likely to change.

With many golfers taking a break after the physical and mental challenge of the US Masters, the traditional follow up event can often be a subdued affair. This year however, the RBC Heritage has a little more to shout about as it celebrates its fiftieth year and for this notable anniversary, the World Number One is in town.

Dustin Johnson is some way ahead of the chasing pack but is the world number one guaranteed the title or is there any value as we move down the field?

Johnson is the red hot favourite to take the 2018 World Heritage and can currently be backed at best odds of 17/2 with bet365 and MarathonBet. DJ hasn’t appeared in this event since 2009 so we have no record to discuss but he’s leading the chasers based on the simple fact that he is the best golfer in attendance.

The gulf in rankings is underlined by the price of the second favourite.

Paul Casey is next in the outright betting but finds himself some way back at a top price of 16/1 with Ladbrokes and Coral for the win. The Englishman is a winner on Tour in 2018, having claimed the Valspar Championship, but while he’s a consistent Top Ten finisher on Tour, his record here in weaker fields isn’t encouraging.

In contrast, Matt Kuchar is a former winner of the RBC Heritage and has a string of solid performances in this tournament, including a number of Top Tens and a perfect record of making the cut since 2004. At best odds of 20/1 with bet365 and 188Bet, there will be plenty of interest in Kuchar at those numbers.

Moving through the field we have Marc Leishman, who is in decent form this season and can be claimed at a top price of 28/1 with Coral and BetBright. The Australian also looked good at Augusta last week and used stats there that will be relevant this week as he finished with a solo ninth. 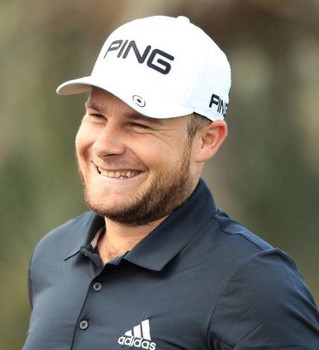 Beyond Leishman we start to get into the outside punts and these include Webb Simpson who was a runner up in this event in 2013 and can be claimed at best odds of 33/1 with Sun Bets and Coral. England’s Tyrrell Hatton briefly threatened to make inroads on the PGA Tour at the start of 2018 and may be of interest at that same 33/1 with Unibet and Sky Bet while Adam Hadwin is a dangerous Canadian and tempts us at a generous best of 40/1 with Ladbrokes.

Previous winners have come through with very long prices and there are a number of players with good form at the Masters along with those who are out of touch but have good records in this particular tournament.

Included in the latter category is Luke Donald who has no real form right now but has returned a string of Top Tens here including no fewer than five runners up slots. The Englishman finished second in 2016 and 2017 and while he’s out at a top price of 66/1 with Unibet and 888Sport for the win, Donald will be our first tip in the Top Ten betting.

Elsewhere, Charley Hoffman produced the only Hole in One at Augusta and after a solid finish he will attract interest at best odds of 40/1 with MarathonBet and Boylesports. Also worth a mention in this outright section are Bryson Dechambeau at a best of 50/1 with Unibet, William McGirt who has a solid record in this event and can be claimed at a top price of 75/1 with bet365 and Jim Furyk who is a two-time winner of the RBC Heritage and is even further back at 80/1 with Unibet.

As we celebrate 50 years of this event, the RBC Heritage returns to the Harbour Town course in South Carolina. It’s a short venue at 7,099 yards and par 71 but we are out on the links this week and that brings along the usual challenges from the elements.

The key stats for us this week involve proximity to the hole, scrambling and putting. Last year’s winner Wesley Bryan ranked strongly in all of those categories while finishing way down the list in terms of driving accuracy and greens in regulation.

We’ve already touched upon a multiple winner in Jim Furyk who completed his double as recently as 2015 while Davis Love III, Boo Weekley and Stewart Cink have also recorded more than one victory in this event since 2000.

That could leave us edging towards Matt Kuchar who is a former champion and has good stats. After a good run of form in the middle of last year, Kuchar has been quieter in 2018 but has the game for a links course, as evidenced by good results in the UK, including a second place in the Open Championship last July.

Kuchar each way is our first tip and there is a host of additional options for the Top Ten betting led by Luke Donald who has such an exceptional record in the RBC Heritage. Included in the top tens here are a mix of players who have the ability to take advantage of a weaker field and overall we look forward to a nice profit at the end of the four days.