Please keep in mind that all odds mentioned are accurate at the time published on 09/03/2018 1:22 pm and are likely to change.

2018’s Six Nations tournament was blown open by an unexpected set of results in week three as pre-tournament favourites England were outclassed and humiliated by a rampant Scottish team.

As we head into this weekend’s action, five countries are in with a mathematical chance of taking the title but it’s Ireland who now find themselves in pole position.

The Irish came through a tough examination by the Welsh in Dublin and are now odds on favourites to lift the Six Nations Trophy at best odds of 1/3 with William Hill and Betway. Another win this weekend will leave them set for a showdown against England in the final week and after that defeat to the Scots, Eddie Jones’ men now drift out to a top price of 9/2 with Coral.

Scotland’s performance makes them the only serious contenders to the top two and they are available in the outright markets at best odds of 14/1 with bet365 and Sun Bets. Now we come into the less plausible options with Wales at a top price of 350/1 with Sport Pesa and France at a best of 1000/1 with Boylesports.

Italy have zero points from three games and are effectively eliminated so that’s the Title Betting dealt with. Now we move on to this weekend’s fixtures.

The first game of week four kicks off in Dublin on Saturday at 2.15pm and Ireland can end the faint hopes of the Scots with victory here. The new favourites can also claim the trophy if England fail to get a positive result against the French but firstly, it’s all about the win.

The result market is a predictable one with Ireland some way ahead at best odds of 3/10 with BetFred and MarathonBet. Victory for Scotland follows at 100/30 with Betway while Ladbrokes quote the top price on the draw at 33/1.

The Scots look to be an unpredictable side right now and many felt them to be Dark Horses for the title before losing comfortably to Wales on the opening day. Having defeated England, they will have renewed confidence and while we expect Ireland to win it, it should be a lot closer than these numbers suggest. 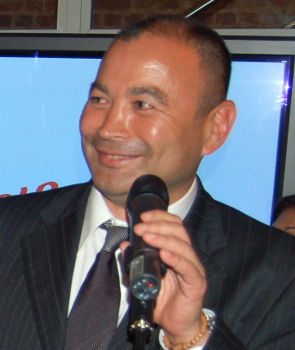 England simply must win and get a bonus point on the board if they are to progress to a title showdown with Ireland at Twickenham on St Patrick’s Day. The odds setters are certainly behind them and you can currently claim Eddie Jones’ men at best odds of 19/50 with MarathonBet. Meanwhile, a victory for the French is out at a top price of 11/4 with Betway while the same bookmaker has the best odds for the draw at 28/1.

England had recorded those two opening wins against Italy and Wales but neither were convincing and if a controversial TV replay had gone in favour of the Welsh, that particular result could have been very different.

Few punters will therefore be backing the English with any confidence but France have been disappointing since running Ireland close on the first weekend. Expect England to win it but the margin may not be a comfortable one.

We now move on to Sunday and what should be the weekend’s most straightforward game. Italy have upset some of the bigger teams in the past but haven’t threatened a shock so far in 2018 and are unlikely to do so when they travel to Cardiff.

The bookies certainly back up that theory and they have the hosts Wales as clear favourites at a top price of just 1/28 with Betway. 10Bet and Sport Pesa have the best odds on an Italy win at 28/1 while the draw is way out at 100/1 with Boylesports.

Coach Warren Gatland will be disappointed with Wales’ campaign and they come into this game on the back of two straight defeats against England and Ireland. Against the weakest team in the competition, and with home advantage, they should breeze through this one however so it’s a case of looking at the side betting.

While we’ve suggested betting with the favourites on all three matches this weekend, things aren’t quite so clear cut in two of those fixtures. Based on the result from that Scotland v England game two weeks ago, the Scots will fancy running the Irish close while France will certainly see a weakness in that English side that they can exploit on home soil.

Ireland are top of the table but haven’t been completely dominant so while we’ll take the favourites to win, a margin of victory of 1-12 points for the Irish could the bet at 7/4 with Coral.

For France v England, we’ve suggested an English victory but are less convinced the more we consider how poor they were last time out. Perhaps a switch to the first try scorer market where the dangerous Jonny May is priced nicely at 17/2 with Betway is the way to go here.

In Wales v Italy, there’s no doubt that the Welsh should breeze through this fixture so it’s back to the winning margin betting for us where Wales by 21-30 points is the call at 10/3 with Ladbrokes.