Betting on Sports Personality of the Year

The cynics would say that this hasn’t been a vintage year for British Sport: There’s been no Wimbledon Tennis Champion, no winner of any of golf’s four majors and no Olympics to give us a choice of heroes.

However, there have been some notable achievements from a number of Great Brits and that’s reflected in the choices for Sports Personality of the Year. It’s always a busy market from a betting point of view and this year, it could be more open than ever before.

Leading the market by some distance is boxer Antony Joshua who is currently available at a best price of 4/9 with Sun Bets and Betway. It’s been a stellar year for the heavyweight who claimed the WBA and IBO world titles back in April.

A dramatic fight against the great Wladimir Klitschko saw him claim those unified titles and if you are a boxing fan then you will know that this is a huge achievement. Another point in Joshua’s favour is the fact that he has an upcoming fight against Kubrat Pulev which is scheduled to take place on October 28. Victory there could cement his position at the top of the market so now could be a good time to take a punt. 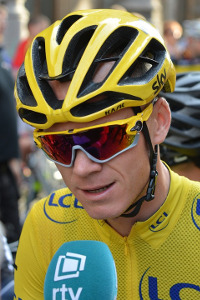 Many would say that Chris Froome deserves to be shorter than his current best price of 10/1 with Sun Bets after claiming yet another Tour De France win. A fourth victory in cycling’s most prestigious and gruelling event is a huge achievement and has perhaps gone under the radar here.

The problem for so-called fringe sports is a lack of support from the voting public and that’s why we’ve previously seen campaigns for fishermen such as Bob Nudd to get attention from SPOTY. However, cycling has come into the mainstream to an extent since GB’s huge success at the 2008 Olympics so maybe Froome has a chance. Elsewhere, he is as short at 7/1 with SportNation so that best price of 10/1 from Sun Bets certainly represents value.

Slightly further back is Lewis Hamilton who is currently closing in on yet another Formula One World Drivers’ Championship. The Mercedes driver may look a good option at best odds of 12/1 with Paddy Power and Coral but will the fact that he has already won this award – in 2014 – count against him?

Other, similar prices include the 12/1 from GentingBet on Mo Farah.

One of the greatest sporting achievements this year was made by the English Women’s Cricket team who secured the ODI World Cup after a turbulent period for the sport. However, the odds setters are not as impressed as perhaps they should be with distant prices for any representatives of that squad.

Captain Heather Knight and wicket keeper Sarah Taylor are both out at best odds of 50/1 with Ladbrokes and Coral while Nat Sciver is further back at 80/1 with William Hill. Fast bowler Anya Shrubsole is the shortest of the three at 40/1 with RedBet. Meanwhile, player of the tournament Tammy Beaumont is right out at 100/1 with William Hill again. It does show that there can be value in a market where the bookies aren’t necessarily identifying the right players but it would seem that there is little chance for England’s women cricketers here. 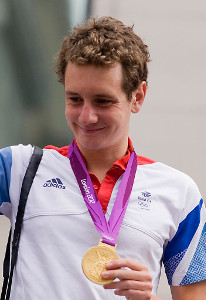 Other notable prices among the ‘long shots’ include last year’s runner up Alistair Brownlee at best odds of 80/1 with William Hill and Phil Taylor, who is enjoying a resurgence in his last year of professional darts and may tempt some at his best odds of 50/1 with Sun Bets.

Timing can be everything with Sports Personality of the Year and on this occasion it’s not in Taylor’s favour. Awards night is on December 17, just as the PDC World Championship starts so voters won’t know if he is able to sign off his career in style.

As for long shots, what about Harry Kane at best odds of 125/1 with SportNation. It hasn’t been a remarkable year for the England football team but Kane has been brilliant on a personal level, claiming the Golden Boot trophy once again at the end of the 2016/17 Premier League season. Based on those individual feats, 125/1 may seem surprisingly long.

Aside from the overall Sports Personality of the Year award, there are other prizes on the night including overseas personality and Team of the Year. However, as we approach the end of October there are no separate markets for those options although that could possibly change in the weeks and months that lie ahead.

It is common for a top three market to be released but this has yet to appear at the time of writing. At the very least, this option should be provided by the bookmakers so keep checking with your account if you don’t want to bet on the outright winner.

When you have an award such as this that is purely in the hands of the voting public then winning trends can be hard to identify. However, there are some interesting pointers from recent years that could help us pick out a likely bet.

Firstly there is the question of multiple winners and when you look back at recent results, Andy Murray has taken this trophy in three of the previous four years. That’s quite an achievement and one that suggests Lewis Hamilton, winner in 2014, retains a good chance for victory this time around.

We’ve also had cyclists take the award with Bradley Wiggins emerging triumphant in 2012, a year after Mark Cavendish took the trophy. That would dispose of the theory that so-called minority events are not acknowledged on the night.

We’ve not had a female winner since Zara Phillips in 2006 so that would tend to rule out the claims of Heather Knight and Sarah Taylor amongst others. As for boxing, Joe Calzaghe was the last winner from the sport back in 2007 but that shouldn’t necessarily cloud the claims of Anthony Joshua this year.

All of those indicators could help us with our choice but in a year when we’ve had little in the way of major global tournaments, the selection this year could be a tough one. Anthony Joshua’s claims are undeniable but arguably Chris Froome’s achievements are much greater. When you add in Lewis Hamilton, who is likely to drop in price when he seals that world championship, you’ll see that this is a market that has potential for a huge profit when the winner is announced on December 17.