Slowly but surely the final places are being filled and we are close to our confirmed line up for Strictly Come Dancing 2018. Since the show first came to our screens, it’s been one of the most popular reality programmes on TV and this year promises to be the best edition ever.

As usual, we have a mix of stars from the world of music, sport, television and more and at this very early stage we have a clear leader in the betting markets.

The very first edition of Strictly Come Dancing aired on the BBC in May 2004 and subsequent renewals were pushed back to an Autumn schedule. As with all novelty bets, it helps if you’ve watched the show and are familiar with how it works but essentially, celebrities pair up with professional dancers and work through a number of disciplines.

Elimination rounds occur until we get to the final so the show works in the same way as most reality tv programmes. For 2018, we have 15 celebrities confirmed at the time of writing with a number of rumours taking place in regards to possible additions. The exact dates have yet to be confirmed but the show will be back on our screens this autumn so it’s a good time to assess the runners and riders and see if we can pick out a winning bet. 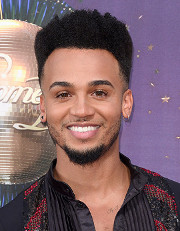 The ante post favourite is Ashley Roberts, the former Pussycat Doll who has experience of reality telly, having gone deep into the jungle for I’m a Celebrity a few years back. Roberts is the early front runner and can be picked up with a number of outlets, including William Hill and Betway, at best odds of 4/1.

Singers who combine dancing in their act frequently start as favourites and we saw this a year ago when Alexandra Burke and Aston Merrygold leapt to the top of the early markets. Ultimately, the show was won by actor Joe McFadden so we’re wary of committing to Ashley Roberts at this stage.

Former member of boy band Blue, Lee Ryan was one of the most recent dancers to be confirmed and he quickly moved into the second favourite’s berth at 6/1 with Ladbrokes and Coral. Ryan is the male equivalent of Ashley Roberts as a singer with dancing capabilities but as we mentioned, results from 2017 aren’t in their favour.

It’s tightly bunched behind the second favourite as we come to Vick Hope at a top price of 15/2 with Betway and Faye Tozer at a best of 8/1 with Ladbrokes and Coral. Like most reality shows, some of the celebrities will need an introduction so for those not in the know, Hope is a TV and Radio presenter while Tozer is another singer, having made her name with the group Steps.

It’s still very tight as we move on to actor Danny John-Jules and YouTuber Joe Sugg who can both be found at 10/1 with BetFred and Coral. The trend to include YouTube professionals is only just beginning but while they have enjoyed little success in reality shows so far, Sugg has the personality that will appeal to the younger members of the voting public.

Elsewhere, Stacey Dooley is also at 10/1 in places but is available at a top price of 12/1 with William Hill and Betway. Dooley is another TV presenter best known for her investigative journalism and beyond her odds, we now start to move into the outsider punts.

There’s always a surprise package in Strictly and it’s interesting to see former cricket Graeme Swann starting as the rank outsider. The ex-England spinner is as short as 12/1 in some places but can be picked up as high as 20/1 with Ladbrokes and Coral.

The good news for potential backers is that sportsmen, and cricketers in particular have a good record in this competition so Swann should not be ruled out.

At the head of the chasing pack are some shorter prices and we have Katie Piper and Kate Silverton at the same figure of 14/1 with Coral. Silverton has been a familiar face on BBC news for many years and there is a long history of dancing newsreaders, going back over 40 years to Angela Rippon so she could be one to watch.

Elsewhere, Ranj Singh is also available at 14/1 with Coral and the only name we haven’t mentioned so far is comedian Seann Walsh who is quoted at 16/1 with Betway. Those are the confirmed names at the time of writing but who’s going to win?

Many punters will want to wait until the first round of dancing takes place before committing to any money for this particular entertainment market. We’re at a very unknown stage of the competition and a highly fancied dancer could well prove to be hopeless when it comes to taking their first steps.

But it can also be the time to find the best value and looking at previous winners, there are some good options as we move through the field. We mentioned that cricketers have enjoyed success in this event and in fact, we had back to back winners with Darren Gough and Mark Ramprakash winning series 3 and 4 respectively.

Elsewhere, Natasha Kaplinsky and Chris Hollins have also won this competition so there is a precedent for news readers and broadcasters that could count towards this year’s contestant Kate Silverton. At 14/1, Silverton is a tempter and we’re torn between her and one other performer.

Ultimately it all comes down to the best dancer but personality is also important and that’s partly why Gough and Ramprakash performed so well in previous editions. Graeme Swann is a similar character and at 20/1, we think he is a strong proposition. Ladbrokes and Coral are the only bookmakers we could find with Each Way betting so Swann E/W at 20/1 with either is the tip.