The novelty markets continue to attract lots of interest and while not all bookmakers have got behind the Person of the Year award, this is actually an option with some excellent prices. The award itself is a feature in Time magazine and it profiles the person who they feel has done the most to influence news events over the course of the last 12 months.

That influence can be a positive or a negative one and there have been some controversial selections over the years so don’t necessarily rule out the ‘bad guys’ from the following list. 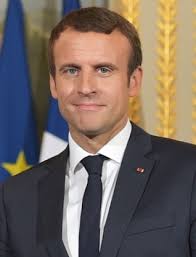 The leader in the betting markets for this award is the new French President Emmanuel Macron who is available at a best price of 5/2 with Betway. Having been part of the political system in France for some time, he formed the En Marche party in 2016 and was elected as the nation’s President back in May of this year.

Macron seems a popular leader in France and his party has an ecological focus which resonates around the world. And, with Angela Merkel winning the Person of the Year award in 2015, there is a recent trend for winners outside of the US.

In second place in the betting is Donald Trump who comes in at a top price of 5/1 with MarathonBet. The President of the US needs no further introduction and his first full year in office has been a controversial one at times but he’s never out of the news and that could be key to success here.

Trump actually won the Time Magazine Person of the Year award 12 months ago but a second victory wouldn’t be setting a precedent. Ronald Reagan, Bill Clinton, George W Bush and Barack Obama have all won the title twice since 1983 so 5/1 could prove profitable. 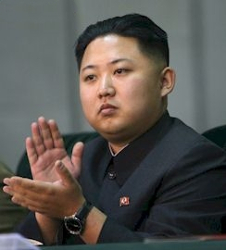 Another person in contention for a second award is Angela Merkel who is on offer at 13/1 with MarathonBet. Merkel was re-elected as German Chancellor in September but hasn’t really dominated the news in the way she did in 2015 when her award was for leadership in both the Greek Debt Crisis and the European Migrant Crisis.

Also at 13/1 with MarathonBet is Kim Jong-Un and while this would be a hugely controversial choice, there’s no doubt that the North Korean leader has taken more than his share of news headlines in 2017. Adolf Hitler in 1938, Josef Stalin in 1939 and more recently, the Ayatollah Khomeini in 1979, have all picked up this Time Magazine award so Kim Jong-Un certainly can’t be ruled out.

One man with a shorter price here is Colin Kaepernick who is on offer at a best of 17/2 with MarathonBet. Kaepernick is the NFL player who protested against the US National Anthem by refusing to stand and thereby tried to raise awareness of discrimination in his country.

This would be an interesting choice and there has certainly been a lot of attention focused on the player as a result of his actions. 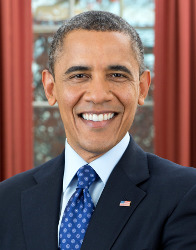 If you expect a surprise in the award then you could possibly look at Barack Obama at best odds of 25/1 with MarathonBet. The former US President is as short as 12/1 elsewhere but has he really been ‘newsworthy’ enough in 2017?

Pope Francis won the award in 2013 and can also be picked up at 20/1, this time with Unibet while MMA Fighter Conor McGregor is also at 20/1 with Unibet after switching codes and taking on legendary boxer Floyd Mayweather back in August.

Further down, there are some really obscure suggestions, some of which come from the world of British politics. Prime Minister Theresa May and Leader of the Opposition Jeremy Corbyn are both quoted at best odds of 125/1 with MarathonBet while Nicola Sturgeon of the SNP is actually shorter at a top price of 100/1 with Betway and Unibet.

A British Political figure hasn’t actually won this award since 1949 when Winston Churchill claimed it for the second time so history, and the bookmakers, aren’t exactly on their side for 2017.

To round up this section, there are odds available for Zlatan Ibrahimovic, Marine le Pen and Martin Schulz, all at 100/1 with Unibet and Facebook founder Mark Zuckerberg at 50/1 with Unibet again. Further representatives from the world of sport include Serena Williams and Tom Brady, both of whom can be picked up at 50/1 with MarathonBet.

There are some interesting prices right across these markets but ultimately it could all come down to two men – Macron and Trump. The French President has quite a significant lead at the top of the betting but arguably you could say that his US counterpart has dominated the headlines once again in 2017.

There are a few weeks left to make your choice and there is a chance that the market will get busier with more bookies getting involved but already there is great value on the Time Magazine Person of the Year Award.