Following their promotion from League One at the end of the 2017/18 season, Blackburn Rovers are currently preparing for life as a Championship team at the beginning of the new campaign. The ultimate goal for Tony Mowbray and his side would be to get back into the Premier League but for now, a season of consolidation is likely.

It’s an important time for the club and their ambitions have received a boost with news of a new shirt sponsor. 10Bet have been confirmed as the company involved in an arrangement which will take both parties through to 2021.

Although they have been established online for some time, 10Bet feel that they need to target expansion in the UK markets in order to provide more brand awareness and this deal is part of that campaign.

The contract sees 10Bet installed as principal sponsor and it will see their new logo appear on home and away shirts from the start of 2018/19 through to 2021. As a newly-promoted team, Rovers will attract interest from live TV Broadcasters to offer extra exposure for 10Bet who are naturally delighted with the deal.

Blackburn Rovers are an iconic English club with a large and passionate fanbase and represent a superb fit for our growing UK brand.

We’re lining up a wide range of events and initiatives to engage directly with the club’s supporters and the local community and look forward to supporting Blackburn Rovers on their way back to the Premier League. 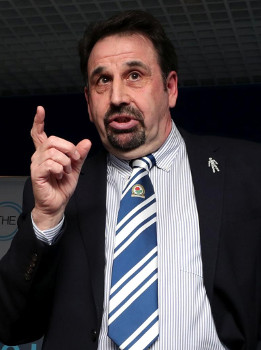 We are delighted to welcome 10Bet on board as the club’s principal sponsor. It is great to partner with a forward thinking brand which, like ourselves, has ambitious targets over the coming years.

With the launch of 10Bet’s new visual identity, the timing is perfect and Blackburn Rovers are the ideal vehicle for projecting the power of their brand in the UK market. Hopefully our journey together will bring great success, both on and off the pitch.

10Bet made reference to Blackburn’s ultimate aim to get back into the top flight of English football and as previous winners of the Premier League, their drop into League One was a low point in the club’s history.

Whether it’s realistic to expect Rovers to secure back-to-back promotions is debatable but the cash injection from this 10Bet deal will certainly help manager Tony Mowbray as he assembles a squad that is capable of competing in the Championship.

There is some Premier League experience in the current squad, most notably through former Swansea and Sunderland striker Danny Graham who has scored important goals for Blackburn since arriving at Ewood Park in 2016. Reinforcements will be needed for 2018/19 however and the club may well follow up reported interest in Bristol Rovers striker Ellis Harrison.

10Bet can help the deals happen while for their part, the operator will receive valuable exposure as they partner in with one of the oldest clubs in English football and one that has high aspirations over the length of this two year contract.