The casino and sportsbook operator 32Red will be one of the most visible names in the Championship next season after sealing a number of sponsorship deals with high profile clubs. Having previously linked up with Derby County and Middlesbrough, the company has now announced a partnership with Aston Villa which will see their logo across players’ shirts from the start of the 2018/19 campaign.

All three of those clubs fit a similar profile as ambitious sides who have recently played in the Premier League and will look to mount a serious challenge on promotion next season.

32Red had previously sponsored Aston Villa between 2006 and 2008 so the name will already be a familiar one for a section of supporters who can now upgrade their adult replica shirts for the new season.

It’s also a very timely intervention for a club who have been going through something of a financial crisis in recent weeks. Having missed out on promotion back to the Premier League in May, the ending of parachute payments from the Premier League seemed to leave Villa in a perilous position.

Those issues haven’t gone away with the club set to meet with the Football League to discuss their problems but in the meantime, Villa are clearly grateful to 32Red as they welcome them on board. 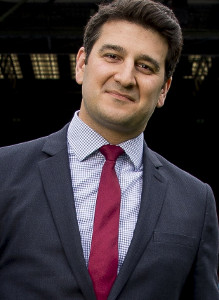 This season we will welcome back 32Red, a previous partner of the club, whilst we see a continuation of the great work with Unibet.

The last 12 months has seen a fruitful relationship develop and we very much look forward to building on that for the seasons ahead.

The continuation mentioned in Luke Organ’s comments refers to the involvement of Unibet who will now appear on training kits from 2018/19. Unibet were principle shirt sponsors of Aston Villa last season and we’ve also seen this particular arrangement at Middlesbrough and Derby County involving two operators who are both owned by the Kindred Group.

We are delighted to continue our partnership with Aston Villa’

32Red has a successful history in football sponsorship and will look to build on the fantastic work done by the Unibet brand last season.

The 32Red logo won’t look out-of-place adorning the famous claret and blue with both brands priding themselves on excitement and entertainment.

Aston Villa are, perhaps, heading into one of the most critical periods in the club’s long history and while they battle those financial concerns, they must also attend to matters on the pitch. It’s being reported that manager Steve Bruce will stay and he will then need to look at who he can bring into Villa Park in a climate of financial restraints.

32Red’s announcement is a very timely one in all respects and while the cost of the deal has not been revealed, it’s certain to be a six figure investment for the gaming company. In return, the sportsbook and casino will enjoy high visibility with their logo in front of tens of thousands of fans along with millions more who will pick up live TV broadcasts in which Aston Villa are involved.

The ‘bettor experiences’ offered by Unibet last year got the fans involved too and they are set to continue. Overall, these are uncertain times for the historic West Midlands club but 32Red are helping to stabilise things ahead of another important campaign.