They are one of the most successful sides in the history of European football and after a relatively quiet spell, there are signs that Ajax could be back amongst the elite very soon. The Dutch outfit won the European Cup in three successive seasons in the early 70’s and this current squad came close to more silverware last time out.

Ajax ultimately lost their Europa League final to Manchester United in May 2017 and now have the tough task of keeping their young squad together. Therefore, a new betting partner deal could help provide the funds to strengthen that squad while keeping existing players happy at the same time. 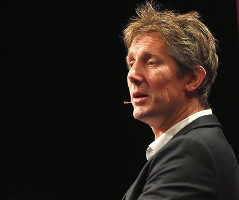 Ajax have announced a new contract with KB88 who will become their betting partner for the Asia region. The initial deal will last for the next two seasons and it’s being reported that the contract is worth around 400,000 Euros each year for the club.

Like most clubs around Europe, Ajax are keen to extend their profile, particularly in Asia which can be a very lucrative region. Fans here are simply crazy about the game and while they have favourite clubs on their own continent, they have a thirst for knowledge when it comes to learning about the giants of football.

This is a fact acknowledged by Director of the club, and former goalkeeper Edwin Van Der Saar who said.

As the club looks for opportunities to engage with our growing Asian fanbase and enhance the Ajax brand globally, this partnership feels like a natural fit after earlier partnership with Asian companies as CST Tires and Huawei.

Although they may have missed out on the Eredivisie title in 2016/17, Ajax remain very strong in the Netherlands and have won their own domestic division on no fewer than four occasions since the start of the 2010/11 season.

But it’s in Europe where they want to make their mark and the last triumph in this respect came with success in the Champions League trophy in 1994/95.

The problem in recent years is that Ajax have become known as a selling club – seeing some of their best players leave for opportunities in more high-profile leagues. In the past, players such as Christian Eriksen and Zlatan Ibrahimovic have been amongst those to have left Amsterdam and sadly the trend seems to be continuing. In June 2017, club captain Davy Klaassen left Ajax to join English Premier League outfit Everton in a deal worth around £23m.

Ajax will need to replace the midfielder and at the same time, look to keep talented youngsters such as Kasper Dolberg at the club amidst reports of interest from around Europe.

Hopefully for the club and their fans, partnerships such as this one with KB88 will help them to achieve that aim.

As for KB88, this is an excellent opportunity to bring their brand to a wider global audience.

Ajax is a huge club with a great history, well known for their Youth Academy and own developed players, and will make geo-targeted promotion for us exclusively in the Pan-Asian region. 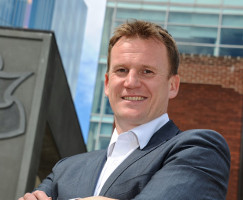 So, it should be seen as a positive step for both parties: KB88, a relatively unknown brand around Europe will now get greater exposure in the Netherlands and on the continent as a whole thanks to this new arrangement.

And for Ajax, they have a hugely talented squad that could achieve great things. To improve on that squad and to keep the existing players in Amsterdam, finances do need to be considered and that’s where KB88 step in alongside other new sponsors and partners.