Please keep in mind that all odds mentioned are accurate at the time published on 09/11/2017 3:27 pm and are likely to change.

The Ashes series of 2017/18 has been overshadowed, from an English point of view at least, by what is generally referred to as the ‘Ben Stokes Affair’. An altercation outside a Bristol nightclub in September has, for now, left the tourists without a man who was arguably their best player.

Joe Root may be captain and the key batsman but Stokes had developed this year into a world class all-rounder and, to use a common sporting cliche, he had become the heartbeat of this English side.

Australia have had injury concerns too with James Pattinson ruled out while questions over selection in crucial positions remain but as we head into the first test starting in Brisbane on November 23, the home side are firm favourites to win the series and reclaim the Ashes.

Ahead of that first test, Steve Smith’s Australian side are odds on favourites to take the series at best odds of 2/5 with bet365. Victory for England is out at 10/3 with Coral and Ladbrokes while the draw is on offer at a top price of 8/1 with Unibet and Betway.

To draw the series we would need at least one drawn test and those are becoming increasingly rare in the five day game. We haven’t seen one drawn match in the last ten games between these two so we can probably discount that option.

So, it comes down to a straight fight between the two sides but England’s issues aren’t solely based on the absence of one man. 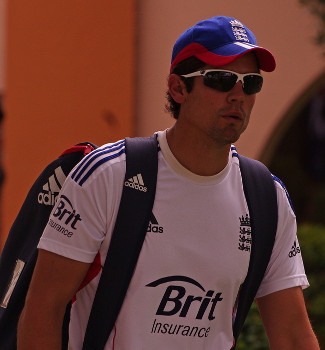 While Joe Root and Alastair Cook enjoyed solid seasons with the bat, the two men had to compensate for a weak top order. England gave debuts to Mark Stoneman, Tom Westley and Dawid Malan across the series with South Africa and West Indies but none were convincing.

Westley was ditched for the Ashes squad while the selectors recalled Gary Ballance and James Vince, two players with modest test records at best. The selection here underlines the lack of depth and lack of options in English cricket and this is a weakness that Steve Smith’s side are ready to exploit.

Bowling is less of a concern with the twin-spearhead of Stuart Broad and James Anderson both enjoying record breaking summers. Neither is as effective away from home but they are a genuine threat on Aussie surfaces and should enjoy the day-night game in Adelaide.

The back up seamers are a concern and this is another area where Stokes is missed. Steven Finn has returned home with injury, Jake Ball has given the tourists an injury scare in the latest warm up so more call-ups may be needed to support the inexperienced Tom Curran who has joined up with the squad.

Although they may have some relatively new faces at the top of the order, Australia’s side is relatively settled in contrast to that of the tourists. Matt Renshaw and Peter Handscomb enjoyed productive starts to their test careers and while the Ashes arena will apply more pressure, both seem to have the game and the mindset to cope.

The questions concern the number six slot and the position of the wicket keeper. Glenn Maxwell’s uncharacteristically patient test century in India should give him the nod at six but the stumper issue may be less clear. Matthew Wade is the man seen to be in charge but there are suggestions that Peter Nevill will get the call although Cameron Bancroft is an outside suggestion.

Bowling seems settled as a unit and Mitchell Starc warmed up in perfect fashion this week by becoming the first Australian to take a hat trick in two separate innings of a first class match. The left armer must be looking forward to renewing acquaintance with Gary Ballance who struggled severely with his pace and swing in 2015.

Much will be made of Australia’s own form and their issues in Bangladesh but, as England found out in 2016, that is a hard country to tour on surfaces set purely for home spinners.

Steve Smith has also struggled for runs and yes there are concerns in the home camp but compared to the tourists, this is a settled side and one that should thrive in their own conditions and, of course, every Australian team should raise their game for the Ashes!

England will fight and in Root and Cook they have two world class batters who have carried the top order for the last few series and with Broad and Anderson in good touch, there is unlikely to be a repeat of Australia’s 5-0 whitewash in 2013-14. 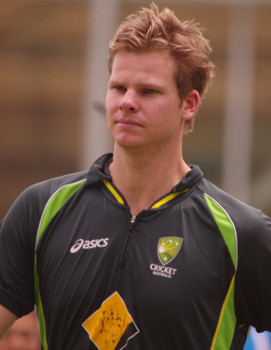 The correct series score bet will be popular ahead of the first test: The day – night game in Adelaide should suit England’s bowlers more and while this format remains a lottery, that game represents the tourists’ best chance of a win.

Later on, there is the possibility that Stokes may return but irrespective of that possibility, the tourists have a strong side in areas and Stoneman, Ballance and Malan have the capacity to come good at some point. This may be closer than many punters think and a correct score of 3-2 in favour of the Australians looks good at 15/2.

Of course, there are lots of betting options for the series and there will be an even bigger set of side bets for the five tests as they come along. Top Batsman, Top Bowler, Individual runs and many more will be available and one market that really interests us is Australia’s top batter betting across the series.

The favourites here are obvious with Steve Smith in front at 15/8 with Paddy Power and David Warner just behind at 2/1 but as an outside pick, watch out for Peter Handscomb at an excellent 10/1 with William Hill.

Handscomb has enjoyed a strong start to his international career and had a little look at English bowlers during a brief county stint with Yorkshire and that is an excellent price.

As for the Ashes themselves, both sides are not at their best but Australia are stronger man-for-man and the home advantage element will obviously help. Don’t underestimate England however as they have the quality and the potential return of Ben Stokes that will help them to run the Aussies closer than many are expecting.