Atleti and 500Plus Partner Up Once Again

Atletico Madrid have done their best in recent seasons to break the monopoly of Barcelona and Real at the top of La Liga. Since appointing Diego Simeone, the club has won the divisional title while appearing in two Champions League finals along the way. Sadly for their club’s fans, those finals ultimately ended in defeat but it’s been a positive few years and that will hopefully be set to continue.

Behind every great team is a great sponsor so everyone involved with the club will be delighted that Plus500 have extended their deal to be the main shirt sponsor of Atleti.

This multi-million deal is worth £40m according to reports and it’s quite rare these days for numbers like this to be disclosed. That just underlines the value on these contracts and we also know that this will take the current arrangement and take it right through from 2018/19 to 2020/21. The deal was announced on November 16, 2017 and at a press conference the Plus500 logo was displayed on home and away kits.

Of course, that increased success on the field is largely down to the efforts of the manager and his talented squad but even for a club of Atleti’s magnitude, it’s important to gain extra revenue from arrangements such as this one. 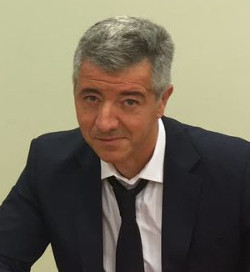 We are excited to continue this partnership between Atlético Madrid and Plus500, which has strengthened our brand recognition worldwide.

We believe that this partnership has proved itself to date and is supporting our growth and progress; we look forward to continuing our journey with them in our new home at the Wanda Metropolitano stadium.

As well as being seen on Atletico Madrid’s shirts, the company logo will also appear on the club’s training jerseys so exposure will also kick in at the club’s training ground. In addition, advertising will increase in and around the home stadium so the fans inside the ground will be joined by millions watching around the world whenever Atleti are picked up by the main TV broadcasters.

Visibility on the club’s official website will complete the package so Plus500 are getting a lot for their £40m. But what can the football club expect to gain in reply?

Atletico Madrid are a proud and historic Spanish club who have enjoyed much success over the years. The team has won the La Liga title on no fewer than ten occasions and perhaps their biggest achievement was to break that Real Madrid / Barcelona monopoly by taking the divisional crown in 2013/14.

They’ve also been successful in the Copa Del Rey but the big European club prize has so far eluded them. Atleti have appeared in three European Cup / Champions League finals without ever lifting the trophy and that is an area that the owners will want to address.

Manager Simeone guided the club to that La Liga title in 2013/14 and Atletico Madrid have kept faith win him ever since but he needs to keep competing domestically while aiming for Champions League success at the same time. There is a strong squad here, the star of which is the French striker Antoine Griezmann and that success needs to continue if the manager is to keep his best players within that squad.

The impending return of Diego Costa from Chelsea shows an intent but huge transfer fees and wages are commanded by players of this stature. So, while Plus500 have put in millions for this kind of brand exposure, Atletico Madrid will continue to benefit and hopefully thrive over the course of this sponsorship deal.