After a disappointing end to the 2017/18 season, Swansea City are now facing up to life as a Championship club once again but the Welsh outfit have wasted no time in preparing for the new campaign.

A new manager, Graham Potter, will be in charge from the start of 2018/19 and as he looks to bolster his squad, he will be aided by a new sponsorship deal that will bring much needed funds into the club.

Bet UK on Board

Bet UK are the new backers of Swansea City as the sportsbook looks to make its mark via the potentially lucrative realm of sports sponsorship. Naturally they will have been required to put in a significant financial outlay but the company will receive excellent exposure as their logo will appear on the front of both home and away shirts starting from the new season.

The deal appears to be for the 2018/19 campaign only at this stage but despite the brevity of the initial contract, it’s an arrangement that has been welcomed by both sides. 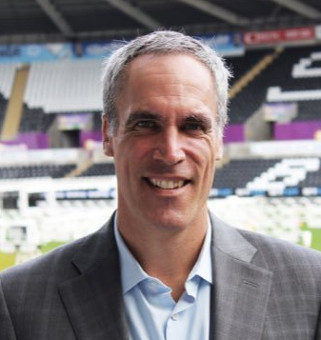 We’re delighted to welcome Bet UK to the football club.

Being an established brand in the online gaming industry that’s taking its first foray into the sports market highlights the trust and belief shown in the club – and how we are the right showcase for many brands who have trodden this path before.

Speaking on behalf of the new sponsor, Mark Good added:

As the main Official Club Partner and Principal Betting Partner, we look forward to working with Swansea City to bring the fans exciting content and offers that will enhance the match day experience.

Bet UK has been a popular online casino in the UK since 2012. We are busy building our online sports betting product and hope to add this to Bet UK before the new season begins.

Eyeing up a Quick Return

Having replaced former manager Paul Clement with former Sheffield Wednesday boss Carlos Carvalhal, midway through the 2017/18 Premier League season, Swansea enjoyed a resurgence and at one point the club had appeared to haul themselves off the bottom and towards a safe lower mid-table finish.

However, a slump in results coupled with a harsh fixture list at the death saw the Swans ultimately tumble back into the Championship. Swansea and Carvalhal parted company, leaving Chairman Huw Jenkins to search for a replacement and he decided upon Graham Potter, who had spent eight productive years with Swedish side Ostersund.

Potter’s first task is to see if he can keep hold of some of the better members of the squad. Jordan Ayew, Alfie Mawson and Wilfried Bony have all been linked with summer moves away while, at the same time, the manager will look at new players who can help with the aim of securing promotion back to the Premier League at the first attempt.

As for Bet UK, the company has been around since 2012 but is largely unknown around Europe so this has to be a positive move. The Championship is attracting more interest from the TV broadcasters and many millions will now be exposed to the brand.

It’s another nicely balanced contract but will Bet UK help power Swansea City back to the top flight at the first time of asking?