Betting firms have been very busy in Germany over the last few weeks as they look to sign up commercial partnership deals with leading Bundesliga sides. The latest announcement involves VFB Stuttgart who have signed up with Betano who now join up as the club’s official betting partner from the start of the 2018/19 season.

The Reds finished in seventh place last time out and therefore just missed out on the European places so the announcement comes ahead of an important campaign where Stuttgart will be hoping to build on that performance.

The contract sees Betano installed as a Premium Partner in what is a three year deal that will take the two parties through to 2021. The operator isn’t widely known in mainland Europe but they are especially active in selected countries only while others may be more familiar with their sister brand Stoiximan.

Having just recently launched in the German market, this is a great opportunity to put their name out in front of the nation’s football fans and Betano are set to enjoy all the exposure that a deal of this kind brings through pitch side advertising and all the available digital channels.

In VfB, we have found a great, tradition-steeped German football club as a strong partner – and also one whose very positive reputation extends well beyond the borders of Germany.

Our partnership embodies the dynamics with which both parties operate and plays a part in our mutual goal of providing a unique experience for the fans both on, as well as away from, the pitch. 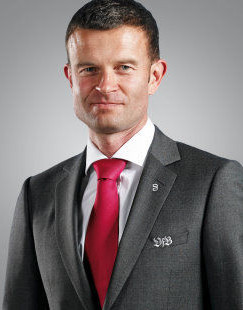 Speaking on behalf of the football club, VfB Director of Marketing and Sales Jochen Rottgermann added:

We are delighted to have been able to expand our pool of international partners further still with Betano.

We are welcoming a new, ambitious partner on our side and we expect to enjoy great mutual success through an array of different activities on our platforms.

VFB Stuttgart finished just two points outside of the European places at the end of the 2017/18 season so it would be reasonable to suggest that it would be a realistic goal to improve on that standing and to get into the Europa League at the very least.

The Reds are led by manager Tayfun Korkut who was appointed in January 2018 and has recently extended his contract through to 2020. At his disposal is an experienced squad led by captain and midfielder Christian Gentner who won five caps for the German national side between 2009 and 2010.

Korkut clearly impressed Stuttgart’s owners enough to earn that contract extension and he will now hope for additional finances in order to assist with the aim of taking the team into those Europa League places.

Commercial partnerships will presumably be harnessed to aid that squad building so it will be interesting to see if Stuttgart go shopping in the immediate wake of this deal with Betano.

For their part, an operator that has just launched in Germany and is looking to build across the country has just tied in with a perfect partner so these are exciting times for both VFB Stuttgart and Betano and it will be fascinating to see their partnership develop.