Having narrowly missed out on promotion at the end of the 2017/18 season, League One side Charlton Athletic will be hoping to go one better next time and to regain their place in the Championship.

It’s been an important pre-season for the Addicks and manager Lee Bowyer and as the new campaign draws closer a renewed partnership with betting exchange BETDAQ should assist in terms of strengthening the playing staff.

The latest announcement sees BETDAQ installed as the official Charlton Athletic betting partner for a third straight season and the company branding will also be seen on home and away shirts from the start of the 2018/19 campaign.

The operator will also enjoy all of the usual benefits associated with such a partnership including physical advertising around The Valley ground and on digital channels such as the club’s official website and via the usual social media outlets.

They are familiar partners, having been linked for two seasons now, and both BETDAQ and Charlton are pleased to be back for the new campaign. 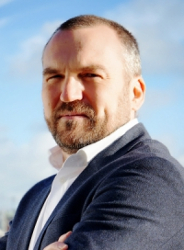 BETDAQ has built an excellent relationship with Charlton Athletic and we are proud to be continuing our journey with the club and its supporters.

We are looking forward to the season ahead.

We’re delighted to partner once again with BETDAQ. They have some exciting plans to further engage with the Charlton fanbase and we’re looking forward to working with them again this year.

It’s been a busy few weeks for BETDAQ who have tied up a number of horse racing deals over the summer while also agreeing to become the main sponsor for League One side Sunderland. Ironically, Sunderland will host Charlton Athletic on the opening day of the new season on the 4th of August in a game that will be covered live by Sky Sports.

With the TV broadcasters taking more of an interest in the lower leagues, any commercial partner of a League One or League Two side will receive greater exposure this year via an increase in live matches so this is another boost for BETDAQ across 2018/19.

For the club, the aim has to be to improve on last season which saw Charlton narrowly miss out on a place in the Championship. Automatic promotion would likely be a realistic aim and caretaker manager Bowyer goes into 2018/19 with much of the squad that came so close last time out.

There has already been a new arrival at The Valley with the signing of Lyle Taylor back in June. Taylor is a Montserrat international and a striker with a good scoring record at his previous club AFC Wimbledon so much is expected of the 28 year old.

BETDAQ’s renewed financial input will be welcomed as the club look to potentially add to that squad with a view to promotion. It’s an important deal and clearly it’s one that works for both parties as they enter the third year of their working relationship.