BETEAST is likely to be a very unfamiliar name for many punters in the UK but one way of getting your brand in front of a wider audience is to invest heavily in a new sports sponsorship deal. The bookie has landed a big one too in a tie up with Premier League side Swansea City so we should hear more about them during the 2016/17 campaign.

These days, details of the actual finances involved are very rarely declared to the general public but Swansea did at least confirm, via their Official Website, that this was indeed a record for the club. It would appear, according to the announcement, that the arrangement is just for the 2016/17 campaign at present but BETEAST have gone for the biggest option and the one that gives them the most exposure – a shirt sponsor deal that will see their brand across Swansea’s kit for the entire season.

Naturally it’s a deal that benefits both parties but it could be argued that BETEAST, a relative unknown in the UK, stands to gain more from this arrangement.

We are proud to become principal official sponsor for Swansea City

The company voice also went on to give an interesting insight into their strategy in the coming years.

Having returned to the top flight of English football at the start of the 2011/12 season, Swansea City enjoyed some success under former manager Michael Laudrup, most notably when they won the League Cup in 2013.

Since then, however, they have only made a modest impact and having been unable to keep hold of big-name players such as Wilfried Bony, it’s been an unremarkable three years for the Welsh club. As a result, despite the fact that they finished in a relatively comfortable 12th place at the end of the 2015/16 campaign, the Swans are many pundits’ tip to be relegated this year. 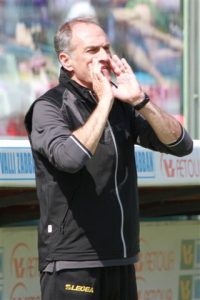 So, a sponsor deal such as this one is vital for the club and for new manager Francesco Guidolin as he looks to defy those predictions and keep out of the danger zone. As a result, there has been a lot of transfer dealing at the Liberty Stadium and the club have signed one player in particular with a huge reputation.

Around two years ago, the name of Fernando Llorente was being linked to some of the bigger names in English football such as Spurs and Arsenal and at that time, a switch to unfashionable Swansea would have seemed more than unlikely.

However, in the summer of 2016, the Swans swooped to sign the 31 year old for an ‘undisclosed fee’ although a player with 24 full Spanish international clubs would not have arrived in Wales cheaply.

We talk about record deals quite a lot: Sponsorship deals are breaking records and in turn, Premier League clubs are paying more money than ever for players. Without BETEAST’s input, Swansea may have struggled to land a fish as big as LLorente.

For a bookmaker who are relatively unknown outside of their Asian target market, this is a great deal for BETEAST too as they look to gain a foothold in Europe. It will help in their homeland also with Premier League matches broadcast widely in Asia.

The exposure that the brand will get will undoubtedly help them to grow and it will be fascinating to see how they and Swansea City develop over this football season and potentially beyond.