It’s been a busy period in terms of commercial partnerships for long-established bookmaker BetFred. Having recently extended their headline sponsorship of the World Snooker Championships, the operator has now turned to horse racing for its latest deal.

In a recent announcement, it’s been confirmed that BetFred have been installed as the Official Bookmaker of Ascot Racecourse. It’s a significant deal between two respected sides but what does it actually mean for both parties?

The deal is a comprehensive one and for BetFred, it will see the company operating the on site betting shops in and around the Ascot venue. In addition, the sportsbook and casino provider will be sponsoring specific races so we can look forward to BetFred’s backing of the Heritage Handicap Cup on the 13th of July.

A specific bookmaker arrangement has also been granted for the Dubai Duty Free Shergar Cup in August so the Ascot racegoers will be seeing a lot of BetFred over the coming English summer. It’s a deal that has been welcomed on all sides and the sportsbook is particularly happy to be involved.

A big thank you to the Ascot team who have been a pleasure to work with and I am delighted to have agreed a deal to become the official bookmaker of Ascot and Royal Ascot and to see the BetFred brand back on the racecourse.

I will be offering Ascot punters the terrific value and bonuses available in all of our High Street shops and look forward to welcoming you to the newly refurbished BetFred shops. 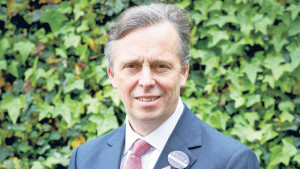 We welcome this further strengthening of ties with BetFred, following the launch of Bet with Ascot last year in partnership with Totepool and, at Royal Ascot, the Hong Kong Jockey Club.

We are delighted to welcome BetFred back to Ascot as official bookmaker.

On course, BetFred will manage our fixed odds offering from two shops within the Grandstand.

Those comments refer to BetFred returning to the course and it’s true that the bookmaker has been here before. Previously, the operator had a sponsorship contract with Ascot but that was withdrawn following a change in ruling which allowed course owners to open their own on-course betting operations.

They are back for 2019 however and it’s a deal that will cover the next three seasons of National Hunt racing at Ascot, taking the arrangement right through until 2021. That means some welcome funds for the course which has to maintain high standards at high costs – most notably during the Royal Ascot meeting in June each year.

It’s therefore great to see BetFred back on the course but this is a deal that will benefit all parties. The operator can look forward to sustained, heavy exposure throughout the next three seasons while the course harnesses that additional funding so it’s a deal with good balance that will bring significant benefits to all involved.