As a proud Scandinavian company, sports betting operator Betsson may not get involved in sports sponsorship on a global scale but they are certainly active supporters in their home countries.

With their commitment continuing to grow, the company has announced two very important hockey deals in the last seven days and while the first of these was very close to home, the second gives backing to the game on a wider basis.

In the first of these announcements, it was confirmed that Betsson would be installed as the ‘lead sponsor and exclusive betting partner’ of the Swedish Hockey League (SHL). Exact terms of the arrangement were not disclosed but it was confirmed that this was Betsson’s biggest commercial partnership to date.

There are 14 clubs in the league, all of whom will now receive vital support from this deal while the operator will gain increased exposure at all arenas in the division and via certain digital channels.

It’s clearly an important contract for both parties and one that has been welcomed on all sides. 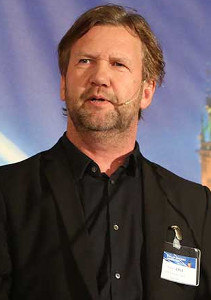 Hockey is huge in Sweden, and SHL is one of the best leagues in the world. Supporting the teams financially is, of course, the main thing here, but we will also be an engaged sponsor and bring the hockey closer to our customers. That means meet-and-greet, podcasts, interviews, stats, best odds – to mention some examples.

Betsson is a strong and safe partner and is also instrumental for our vision for SHL. We want to make Sweden’s best hockey reach many more, also outside of Sweden. With Betsson, we get an international partner that will give substantial financial support to the clubs, and also a partner that loves the sport and the excitement that comes with it.

Less than 48 hours later, Betsson were at it again with the news that they would become the official sponsor of the Champions Hockey League (CHL). They have become important backers in a sport that doesn’t perhaps get the financial support it deserves and Betsson underlined their determination to see the leagues develop.

We are already the main sponsors of SHL and are now deepening our commitment to ice hockey further. To see the Swedish and Finnish top teams facing competition from some of the other European teams is exciting and good for hockey. It is also exciting for us and further proof of a goal of being hockey’s top betting operator in Europe.

The Champions Hockey League consists of 26 teams that are taken from six leagues across Europe. The sides involved will be representing Sweden, Finland, Germany, Austria, Italy, Norway, Great Britain, Belarus and more. The 2018/19 edition got underway at the end of August and will run right through until February when the winners are crowned.

Betsson will be clearly visible to anyone attending any of the many matches taking place across Europe both inside the arena and via those parts of the continent that are televising the event. Hopefully they will attract some interest in their operation as their input is vital to a sport which has a fanatical following but doesn’t necessarily attract the financial support that it needs.

Their goal, as Peter Zall said, is to become the number one betting operator for hockey in Europe and Betsson should certainly go some way towards achieving that target via these important contracts.