Among the many gambling operators who get involved with sports sponsorship, Betway is arguably the most flexible. We’ve seen them get behind major football teams across the world, including West Ham United of the English Premier League while they are also very active in the realm of eSports.

The latest announcement has extended that reach with news that Betway have been installed as the official betting partner of the Extreme Fighting Championship (EFC). It’s a welcome deal for all parties and one that brings a good balance of benefits to each.

Betway actually came on board as the EFC’s official betting partner at the end of September but the news has only just been widely broadcast. This will allow those attending events to place bets in person ringside so this will have a direct benefit to the operator.

The Betway logo should also be in clear evidence around EFC arenas while the sportsbook and online casino will also benefit through social media and other digital channels. In return, the Extreme Fighting Championship will gain the type of significant financial reward that comes through linking up with such a well known global betting brand.

The exact terms of the contract have not been confirmed but there will surely be a substantial sum of money changing hands. With that good balance of benefits, it’s no wonder that both parties are delighted to see the deal confirmed. 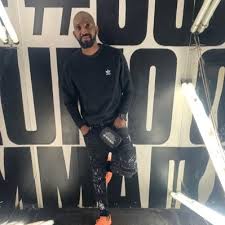 We are excited to partner with Betway, the leading betting brand in Africa, and to bring a world-class betting experience to all sports fans across the continent,

Betway is a globally recognised and trusted brand, and sets the standard in the sports betting industry, and we are proud to be working with them as both EFC and Betway expand throughout Africa.

Betway is thrilled to have formed a partnership with EFC and looks forward to bringing the excitement of MMA betting to all of our fans across Africa.

With the growth in popularity of MMA as a sport and the professionalism of EFC as an institution, it was a natural choice to reach the growing fanbase.

As both sets of quotes indicate, the EFC is primarily focused on the African market. While the Ultimate Fighting Championship (UFC) might dominate the sport on a global basis, this isn’t necessarily the case on the African continent.

Some of the best local talent competes in the Extreme Fighting Championship and while their ultimate goal may be to battle it out in the UFC, this is a strong division with some seriously good fighters involved. With the reach of Betway behind them, the championship could see an increase in coverage that not only extends its popularity in Africa, but takes it into new territories too.

In return, Betway will get that added exposure so this is a properly balanced deal and it will be fascinating to see how it develops over the coming season.