Having been backed by the Bodog iGaming brand for some time now, Scottish League One side Ayr United find themselves with new sponsors as they reach the end of what they hope will be a successful campaign.

The new deal has been described as ‘groundbreaking’ because it involves a cryptocurrency focussed backer and, it means that the transaction itself has been carried out in Bitcoins.

The name on Ayr United’s shirts from next season and beyond is coingeek.com, a specialist news website for the cryptocurrency industry. The owner of this site is Calvin Ayre who is the founder of previous sponsor Bodog so there is some continuity for the club, even though the shirt logo and sponsor brandings will have changed.

The unusual nature of the deal means that it has rather overshadowed any news regarding the exact terms of the contract. At this stage we are therefore unsure as to the length of the sponsorship or of any financial details that are involved but because Bodog were behind Ayr for seven years, we can expect coingeek.com to be here for the long term as well.

We were initially approached to see whether we could accept sponsorship payment in BCH.

It was a big learning curve for us but we are very happy to be the first club to accept not just payment by BCH but also to promote the cryptocurrency to a wider audience. 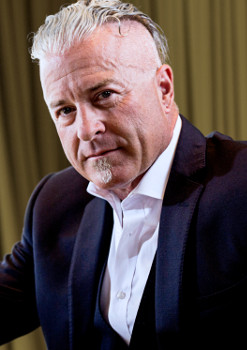 In response, Calvin Ayre, founder of the Bodog brand and the owner of the cryptocurrency news sites Coingeek.com added:

I think it’s great for BCH that such boundaries and promotional ideas are being used to show merchants and consumers that BCH really is the only true bitcoin.

At the time the deal was announced, Ayr United were flying high at the top of the Scottish League One and manager Ian McCall’s side found themselves five points clear of Raith Rovers in second place with just three games to go.

A leap up to the Scottish Championship for the 2017/18 season looks likely at this stage but to survive and progress at that level, the club will need further investment. It’s been a hard but productive season for the team known as ‘The Honest Men’ and the first aim would be to ensure that they do not drop back to this level at the end of 2018/19.

McCall heads a young but talented squad and he will be looking in the summer at potential new arrivals at Ayr United in order for the club to achieve their aims. Clearly this is where sponsorship and partnership deals such as this are going to be very important so the announcement is a very timely one.

For coingeek.com, it’s a chance for the owner to keep in touch with the club while promoting an entirely different venture and bringing it to a wider audience. Exposure in terms of their immediate audience will be modest as the Somerset Park Ground as Ayr has a capacity just in excess of 10,000 and the club rarely gets to fill it but there is extra TV coverage and as the main title sponsor, coingeek.com will resonate fully with the club’s fans.

It is also, as has been described, a groundbreaking deal and one that has seen cryptocurrency enter the mainstream world of sports sponsorship for the first time. Overall, it’s a contract with a balanced set of benefits for both sides and it will be interesting to follow the fortunes of both parties in future months.