Bolton and Betfred Link Up

Betfred is a company that has its roots fixed very firmly in the North West of the UK. Its very first physical betting shop was opened in Salford back in 1967 and they continue to have a strong presence in that part of the country today.

Therefore, while founder Fred Done is a passionate Manchester United fan, he would have been delighted with the announcement that his bookmaker has reached an agreement with Bolton Wanderers to sponsor the Championship side’s shirts for the next two seasons.

We’re getting used to deals where the financial side of things is kept very quiet and this is the case once again. All that we know is the new contract with Betfred is worth ‘significantly more’ than the previous arrangement with Spin and Win and that’s a natural progression for a club that has its sights set on a return to the Premier League.

When the announcement was made, particular attention was paid to the operator’s roots.

We are thrilled to have Betfred on board as our official shirt sponsor who join our ever-increasing and high-profile partnership portfolio,

They are one of the leading betting brands in the UK but have never forgotten their roots which are firmly entrenched in the North West.

The two organisations have previous experience of each other as Betfred were official betting partner to the Trotters in recent seasons and it’s hoped that the partnership, based on local support and prior agreements can help the club back to the Premier league. 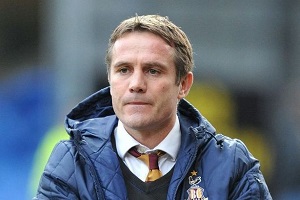 Bolton, while not an established Premier League side, featured regularly in the division since it was formed at the start of the 1992/93 season. They signed some top players, most notably under Sam Allardyce and even reached Wembley for the finals of the 1995 and 2004 League Cups but the club were relegated into the Championship in May 2012 and things haven’t improved since then.

In the five years that followed, Bolton even dropped down into League One but happily for their supporters the club have climbed back into English football’s second tier. For 2017/18, the aim is to consolidate and finish comfortably above the relegation places but ultimately, manager Phil Parkinson must be targeting a return to the Premier League.

Sponsorship deals such as this one from Betfred are important for any club but for sides in the Championship and downwards, they are simply vital in terms of achieving their aspirations. Without the kind of money that the Premier League naturally generates, it’s crucial to maximise income as the club looks to buy in the kind of player that will help them to reach their targets.

Parkinson goes into the 2017/18 campaign with many of the players that helped his side regain their championship status at the end of last season. Former Manchester United goalkeeper Ben Amos is expected to start the new campaign between the posts while ahead of him is the experienced French defender Dorian Dervite who has been at the club since 2014. If there is an issue within the squad, it’s up front where Parkinson really needs a new striker to compliment his current crop of attackers and to help the team consolidate.

Funds will be needed to aid the manager as he steps into the new transfer window so this new arrangement with Betfred should be welcomed by Bolton Wanderers supporters. As for the company themselves, owner Fred Done is delighted to have sealed the deal.

It’s great to be back at Macron Stadium but this time as title sponsors,

I have been looking to get more involved in football and, following their return to the Championship, I sense that Bolton are on the verge of exciting times again.

Bolton fans must hope that Betfred, amongst others, help to get the club back where they belong.