While most pundits expected Bournemouth to drop straight back down into the Championship, they have been solid performers in the two years that they have featured in England’s Premier League and have defied the odds to stay with the elite.

For the 2017/18 campaign the club, along with respected manager Eddie Howe, will be looking for another positive season and it’s hoped that a record sponsorship deal with Asian gaming brand M88 will help them to climb further up the table.

We know that the arrangement is for an initial two seasons and will see the M88 brand name emblazoned across all Bournemouth kits during that time. There are no exact details in terms of finances but it’s widely acknowledged that this is a new record for the South Coast club and that’s significant as they look to consolidate in the Premier League. 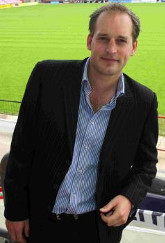 Asian partners are very attractive to clubs in England’s top division as they can seriously help to boost brand awareness in a new region – a fact mentioned by Bournemouth’s Chief Executive Neill Blake when the deal was announced.

We are delighted to welcome M88 as the club’s official shirt sponsor.

M88 is a partner that shares our ambition and aspirations as we look to grow in a new market and enhance our presence in Asia. We have an exciting season ahead, and we look forward to working with M88 for many years.

At the opposite end of the scale, M88 are a relatively new brand and not quite so familiar to players outside of their own continent. It should therefore be particularly beneficial to the operator to link in to an English Premier League club and the deal is set to increase their exposure in the UK and across Europe as a whole.

We are delighted to announce our partnership with AFC Bournemouth.

a spokesman for the casino said.

Last season the club reached new heights, with a very impressive ninth-place finish, and we look forward to another successful season both on and off the pitch. We are excited to engage with the passionate AFC Bournemouth fanbase, and can’t wait to bring our loyal customers closer to the club.

Aside from seeing their company logo on player shirts for the next two seasons, advertising at the home stadium and on Bournemouth’s official website will further increase knowledge of M88 as a company. Fans of the club will become more sympathetic to the organisation while the extensive coverage of TV games by the dedicated sports broadcasters will also ensure that M88 will be put in front of audiences of millions of TV viewers.

Bournemouth FC finished ninth in the Premier League at the end of the 2017/18 season but is it reasonable to expect that they can improve on that performance?

There are some incredibly strong teams ahead of them including Chelsea, Spurs, Liverpool and the two Manchester clubs but any improvement on that ninth place could get the side into Europe.

Manager Eddie Howe needs to spend the summer keeping hold of his best assets within the playing squad and that includes Josh King, the striker who made such an impact in the second half of the campaign.

At the same time, Bournemouth will be targeting new players to come into the side for the 2017/18 season and deals such as this one can seriously boost any club’s transfer funding.

It’s an ambitious thought to expect Bournemouth to be competing in the Europa League but then again this is an ambitious club who rose from possible relegation into non-league to become a relatively established side in the top tier.

They have come such a long way in a short space of time that maybe it wouldn’t be such a huge surprise to see The Cherries competing in Europe and this record breaking shirt sponsor deal with M88 will be vital if they are to achieve that aim.