We’re firmly into awards season in the various entertainment industries and across the world, artists are being honoured for outstanding work in their specific genres. Over in the UK, the great and the good of British music are about to be recognised by the Brits, an event that was first held here way back in 1977.

For the 2018 edition, the Brits will be hosted by comedian Jack Whitehall who will announce winners in 12 overall categories. The event takes place at London’s O2 on February 21st and among those sections is the British Breakthrough Act, which many see to be the most important.

This is the future of British music and it’s also one of the busiest categories from a betting point of view so, let’s see who’s in the running for the 2018 award and consider our best bets for the night. 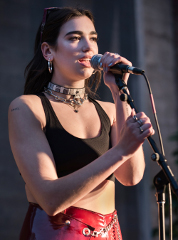 It’s not a market where bookmakers are queuing up to get involved but Ladbrokes and Coral have got behind it and, as strong supporters of all novelty betting, we can expect some decent prices from both of them.

The clear favourite here is Dua Lipa who both bookmakers have listed at best odds of 1/2 and that gives her a clear gap over the rest of the betting. Dua Lipa, like many of her peers, started singing on YouTube at the age of 14. She’s 22 now and released her debut solo album in 2017 which spawned the number one single New Rules. Based on album sales and early indication of public opinion, she seems a worthy favourite. 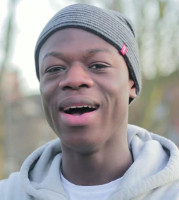 We mention that considerable gap and behind the market leader we now move back to second favourite J Hus who is on offer at 4/1 with both Coral and Ladbrokes. J Hus is a rap artist who has been recording professionally for a longer period than some of these contenders but 2017 was his breakthrough year.

His first album, Common Sense, was released early in 2017 and went straight to number three on the iTunes chart.

From there, the market is a little tighter and we have Sampha close behind in the third favourites berth at 6/1 with Ladbrokes and Coral once again. In the music world, Sampha may be better known for his collaborations and production work with other artists but he has released two solo EPs, the first back in 2010, before his debut album finally came out in 2017.

Despite that relatively distant 6/1 price, Sampha is a 2017 Mercury Prize winner and may therefore be the best equipped to deliver a shock on the night.

Gaps open up again and completing the list of five nominees for the British Breakthrough Act of 2018 are Loyle Carner at 10/1 and Dave at 20/1 and once again, those figures are with Coral and Ladbrokes.

Carner is a 23 year old hip hop artist who also debuted an album in 2017 that was nominated for the Mercury Prize while the snappily named Dave is another rapper and at 19 he is the youngest of the five nominees. Both men can expect to enjoy big futures in the industry but it seems unlikely that either will upset this particular market and deliver a long-odds winner. 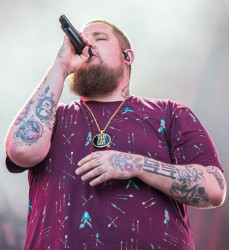 If you’re a keen follower of modern music then it may help to identify the winner of any category at the 2018 Brits but there are options to analyse trends and to see early indications from the polls.

It’s also very easy to access opinions from industry specialists on the internet and, of course, the bookies that are involved with this market have already given us some clear indicators through this definitive set of prices that carries a clear leader.

It may also pay to look at trends from previous years and to see whether the public prefers particular genre. If rap is in and pop is out, perhaps that will be a pointer for previous years. In 2017, this particular category was claimed by Rag ‘n’ Bone Man who will be presenting the award this time around.

At 32, Rag ‘n’ Bone Man was a singer songwriter who was a relative veteran compared with some of his fellow nominees. In 2018, we don’t have anyone of a similar age but Sampha has plenty of experience within the industry and that could be the only trend to look at for 2017.

Sampha at that 6/1 price looks very tempting but looking around at opinion from the gossip columns, it may well be that the bookmakers have got this one right. If, therefore, you want a small profit, Dua Lipa looks to be the most likely winner here.