We’ve only just closed the door on the 2018/19 domestic football season but already the new sponsor deals are rolling in. With the transfer window open, Premier League sides are adjusting their budgets for the new campaign and one of the first to move is Burnley FC.

It’s been announced that the Lancashire club has signed a deal with Asian sportsbook operator Lovebet which will see the company’s logos appear on all senior shirts from the start of the 2019/20 Premier League campaign.

Like all clubs in European top flight football, Burnley are anxious to expand in a very lucrative market. Asian football fans are crazy about the sport and the biggest players are idols in their eyes. Like most supporters away from the UK, they tend to follow the top six clubs but there is enough room for other sides to grab their share of the market.

With Lovebet enjoying a good market share in the Asian region, they are in a good position to help Burnley achieve their goals but the deal is a two-way street. For sportsbooks in this part of the world, the aim is to create a strong presence in the UK and in mainland Europe and Burnley are in a prime place to assist.

With those goals in mind, this is a contract that has been welcomed enthusiastically on all sides.

We are thrilled to announce our first English Premier League shirt partnership with Burnley Football Club.

The growing presence of the club in Asia and worldwide will help us further promote our brand.

We’re already planning a lot of activities for the fans and our users and are looking forward to the partnership in the coming three years. 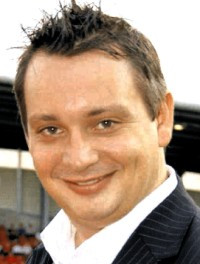 We are delighted to welcome LoveBet, who we believe will be the ideal partner for the club.

Together, we will reach and engage with our ever-increasing global audience, in particular in the Asian market.

Lovebet will now look forward to the huge exposure that comes via a tie in with a club in the top flight of English football. The sportsbook’s logo will be plain to see on all home and away shirts through the 2019/20 campaign and we can also expect to see the company take advantage of other advertising opportunities.

As for Burnley, this is another important summer after Sean Dyche’s side found themselves flirting with relegation for much of the previous season. The Clarets eventually rallied and finished in 15th place but the manager will know that investment in the squad is needed if a relegation battle is to be avoided in the next campaign.

A boost to the transfer kitty will aid Dyche in achieving his aims so this announcement is a timely one. As Burnley look to get back into the top half of the EPL table next season, Lovebet will be backing them all the way.