One of the most popular reality TV shows returns to screens in the UK on Sunday November 19 with 12 celebrities set to take on the worst that the Australian jungle can throw at them. Names are steadily being confirmed for this year’s series and already the betting markets are really starting to take shape.

Since the UK version of I’m a Celebrity first aired back in 2002, alternatives have been set up in countries all over the world and this really is a true TV phenomenon. So let’s take a look at the confirmed names for the 2017 renewal and see if we can pick out a winner.

At this point it’s all about picking your King or Queen of the Jungle and we currently have joint favourites in the outright winner betting. Jamie Lomas is on offer at best odds of 6/1 with SkyBet and William Hill while Jennie McAlpine is at that same top price of 6/1 with William Hill and BetFred.

A common reaction at this stage is to ask the question, ‘who are these people?’ A lot of viewers in the UK watch I’m a Celebrity but don’t take in other reality TV programmes or Soap Operas and clearly it’s beneficial to do some research if these names aren’t familiar.

Lomas is an experienced actor who has appeared in Casualty, Eastenders and Hollyoaks so will be familiar to soap fans while McAlpine played the popular character Fiz in Coronation Street. We’ve certainly had winners from the world of soap operas in the past with Joe Swash in 2008 and Charlie Brooks in 2012 so the top two would appear to have a good chance on that basis. 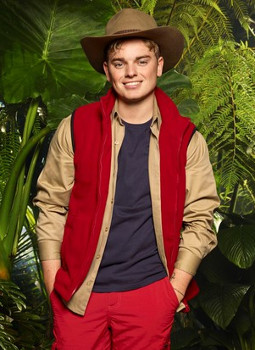 Behind the two favourites we have two celebs at 8/1 with Jack Maynard on offer at that figure with SkyBet and BetFred while Stanley Johnson is at that same 8/1 with William Hill and Coral. Maynard is a virtual unknown as the brother of popular singer and actor Conor Maynard so that may count against him.

Johnson, meanwhile, is the father of controversial British MP Boris Johnson. He’s a personality in his own right but the trend is against veteran winners so we’re not jumping on either of those prices just yet.

Further back is ShappiKhorsandi at 10/1 with Paddy Power and Sun Bets while Georgia Toffolo and Rebekah Vardy are both available at the same best price of 12/1 with SkyBet and BetFred.Khorsandi is a well-known comedian on the circuit and bringing the laughs into camp usually goes down well with the voters. Joel Dommett was our runner up in 2016 but only one comedian has ever won this series and that was Joe Pasquale way back in 2004.

Toffolo appears on the reality TV show Made in Chelsea while Rebekah Vardy is the wife of Leicester City and England footballer Jamie Vardy.

Meanwhile, Vanessa White completes this particular section at a best of 12/1 with BetFred. She is a singer, best known as a former member of the Saturdays.

Our two most recent winners, Scarlett Moffat and Vicky Pattison were young women who had made their name on other reality shows so that might seem to give Georgia Toffolo a chance if we were taking the most recent indicators into account. 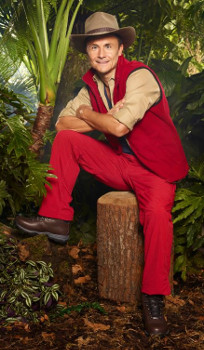 Former footballer Dennis Wise was considered to be a very abrasive character in a career that saw him play for Wimbledon and Chelsea, achieving a fair degree of success with both clubs. Has that perceived abrasiveness affected the betting where Wise is a distant option right now at a top price of 14/1 with William Hill and Sun Bets?

In fact, sports stars aren’t given too much of a chance this year as boxer Amir Khan completes the initial intake and finds himself out at best odds of 16/1 with Coral. However, the bookmakers aren’t completely sure on this one as Khan is as short as 8/1 elsewhere and at an average price of around 10/1.

It’s certainly not unknown for sportspeople to win the title of King or Queen of the Jungle; Carl Fogarty took the trophy in 2014 and while these two may not be seen to have the warmest of personalities, it’s all about winning over the British voting public when they get into camp.

Those are our initial ten celebs and at some point they will be joined by two further stars, who are traditionally planted into the jungle after a few days in order to shake things up. At that point the markets will change but trends suggest that the winner will come from the list of initial campmates.

When the show starts, additional markets will undoubtedly open and punters will have the chance to stake on each elimination and possibly on which celebrity will be next to face the dreaded Bushtucker Trial.

We’ve mentioned a few trends as we’ve worked our way through this preview and they could be useful for 2017 but we’re going back to Soap Operas for our tip. It’s hard to pick a winner at this early stage as people’s personalities will only truly come out when they are in camp but Jennie McAlpine looks very strong at this point. If she can match the bubbly nature of her character Fiz then she is set to win over the voters.

The 2017 version of I’m a Celebrity Get me out of Here will start this Sunday and run for three whole weeks before this year’s champion is crowned in early December. More bookmakers will start to get involved in the lead up to the first screening but there are already some great prices in the markets so you could go early and take advantage of those before they start to drop.