Fans of Scottish Champions Celtic are already familiar with the name of Dafabet – the sports betting operator whose logo has appeared on first team shirts across the whole of the previous two campaigns.

The current sponsorship deal with the two parties still had two years left to run but clearly both are very happy to be partnered as they have extended that by a further five. Therefore, in what must be one of the longest deals of its kind, Dafabet will remain as principal shirt sponsor of Glasgow Celtic until 2025 at least.

With bitter rivals Rangers still striving to be competitive following their return to the SPL, Celtic have been completely dominant in Scotland for many years. They have won their league championship in each of the last seven seasons and, while Dafabet are involved, the club hopes to make history with a record ten in a row.

Dafabet will, in return, continue to enjoy all of the exposure that comes with a partnership alongside the biggest team in the country. Clearly they are both happy with the original deal and the extension has been welcomed on all sides. 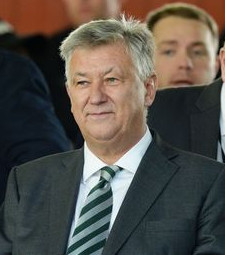 We are absolutely delighted to secure such a lucrative, long-term arrangement with Dafabet, a fantastic partner with whom we have already enjoyed such a great relationship.

This announcement represents further great news for the club and our supporters ensuring another positive, high value and high calibre partnership for the future. We thank Dafabet for their continued commitment to Celtic Football Club.

Speaking on behalf of the operator, Dafabet’s John Cruces added:

We are absolutely delighted to extend our partnership with Celtic, one of the world’s great football clubs and an institution which with which we are so proud to be associated.

Our connection to Celtic has already been fantastic for us and even with two years still to run on our existing partnership, it was a relationship we were eager to continue.

We know that Celtic have been such a dominant force in domestic football but they have wider goals that they hope to achieve in the next few seasons. Those targets include an improvement in the Champions League and while manager Brendan Rodgers has guided his team into Europe’s elite competition for another year, the club has yet to really make an impression in this tournament.

In order to be competitive in the UCL, Rodgers will need to add some world class talent to his squad and with the new season in Scotland just starting, Dafabet’s renewal is a timely one. The current team carries a number of established Scottish internationals and it has its fair share of overseas talent too but it may need a little more star quality in order to compete in Europe.

While Dafabet look to help Celtic achieve those goals, the company will continue to attract goodwill from the club’s supporters while gaining continued exposure through advertising pitchside and through all of the usual digital channels. It’s a long and lucrative deal for both parties and it will be interesting to see if Celtic can maintain their domestic dominance while making more inroads into Europe for 2018/19 and beyond.