It may not be the Premier celebrity reality show right now but it’s certainly one of the more entertaining and after three years away from our screens, Dancing on Ice is back for 2018. We’ve a list of 12 names lined up for series 10 and although only a restricted number of bookies have published odds so far, there are some interesting prices.

The new series will start in early January 2018 and will be televised in the UK by ITV. It works in a similar way to the popular Strictly Come Dancing format in that those celebrities will partner up with professional ice dancers and each week they will perform a routine in front of a panel of judges.

Those judges pass comments and give marks and then there is a public vote that determines the best and worst dancers each week. Week by week, one pair is eliminated until the final and the crowning of the winner. It’s a very simple format so let’s move on and look at this season’s runners and riders.

The early favourite, according to the bookmakers is Jake Quickenden who is listed at a top price of 9/2 with William Hill. Quickenden first appeared on our screens in X Factor but after being eliminated, he moved straight into the jungle to appear on I’m a Celebrity Get me out of here where he made a much bigger impact.

Following on is Brooke Vincent who is an 11/2 shot with William Hill once again. She will be known to millions of Soap Opera fans as the Coronation Street actress who plays Sophie Webster in the long running TV series. 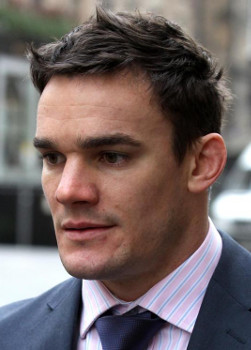 Behind the front two we have a small gap until we find two competitors who are both listed at the same best odds of 8/1 with Coral. Both are sports stars – Max Evans is a Scottish rugby player while Perri Shakes-Drayton made her mark as a track athlete, competing for Great Britain at a number of major tournaments.

We were looking forward to the exploits of another sportsman, former England spinner Monty Panesar but suspected that he may not make an impression and that’s been confirmed by the fact that an accident in training has left the cricketer with a broken ankle.

Of those names, Donna Air could perhaps spring a surprise while Cotton, another former contestant on I’m a Celebrity, may also get a good share of the popularity vote.

Completing the list is singer and presenter Cheryl Baker who is on offer at best odds of 25/1 with William Hill. Interestingly, she has shortened from 33/1 in recent days although that figure is still fairly distant.

Age isn’t always looked upon kindly by odds setters for this type of programme but as Debbie McGee has shown on Strictly this year, it shouldn’t necessarily be a barrier. Baker also starred in a pop group although Bucks Fizz weren’t particularly known for stunning dance routines.

Aside from the outright winner, there are no additional markets at present but in all probability, the bookmakers that we’ve previously mentioned will have weekly options open for the elimination rounds.

You’ll therefore be able to speculate on who will be leaving the show and this is where it pays to watch Dancing on Ice as you can assess previous performances before making a bet. 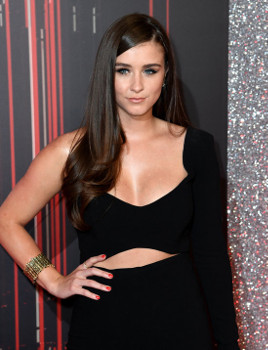 It’s always tricky to pick a winner some time ahead of the competition but as we know, this is when you can get the best value so are there any pointers from the previous nine editions of Dancing on Ice that could give us a clue?

Athletes have won in the past and 2007 saw a former rugby player emerge triumphant as Kyran Bracken took the title. That could offer some hope for backers of Max Evans in particular as we head to the 2018 renewal.

But overall, it’s actors who tend to dominate the list of past winners, starting with our very first champion in Gaynor Faye who took the trophy in 2007. Max Wolfenden, Sam Attwater and Hayley Tamaddon are among those who have also emerged triumphant and while that may not lead us to success this year, it’s an interesting trend that is worth bearing in mind.

We have three actors in the running this year including Brooke Vincent at that 11/2 price so already there could be some value.

Remember too that the public get a vote so there could be something of a popularity contest, particularly in the early rounds. That may be one of the reasons why Jake Quickenden has a lead in the markets as he proved himself to be a very endearing character in previous Reality shows in which he has appeared.

It’s a tough one and many punters will want to wait until the dancing starts before committing to a bet. At first glance it’s easy to see why the market is why it is and for anyone who followed reality betting it will look fairly familiar.

If pushed ourselves, results from other recent reality shows such as Strictly and I’m a Celebrity have gone against the favourite and when other trends are taken into account, Brooke Vincent could be a good option here.