It’s one of the most important events in the British horse racing calendar and the future for the Ebor meeting at York looks to be rosy after a heavy investment from the Sky Bet brand. Under the terms of the new arrangement, the bookmaker has signed a five year deal as title sponsor for the 14 furlong race and this has led to a significant financial boost for all involved.

The news has shown how important horse racing is to sponsors and it’s naturally been welcomed on all sides.

Sky Bet is proud to be based in Yorkshire and we are excited to be part of the future of such a great race.

Today is only the first phase of an exciting partnership which I hope will mean fantastic things for Yorkshire racing.

In reply, Chairman of the York Racecourse Lord Grimthorpe added:

The Ebor has been a feature of my racing life and I think these plans set it on a firm course for future success.

This great race encapsulates ambition, innovation and heritage, all of which are very much a part of York’s ethos.

Sky Bet, who take over from BetFred in their sponsorship of the Ebor, will also be backing further renewals over the course of the festival. The operator was already behind the City of York Stakes and that arrangement will continue while they have also taken on the Melrose Stakes. 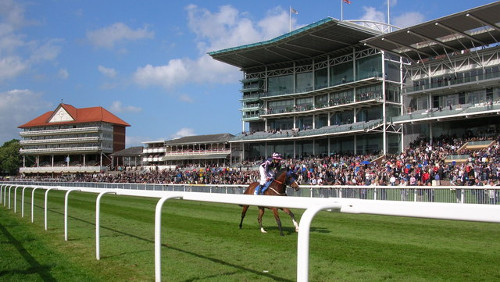 Known as an Ebor for three year olds, this is an important development event that will now carry £125,000 in prize money. All of those races fall under the new five year deal and also on board is the Great Voltigeur Stakes plus the Strensall Stakes and two further, minor meetings so this really  is a huge deal in the world of horse racing and it’s understandable as to why this has been welcomed on all sides.

Nick Rust, the Chief Executive of the British Horseracing Authority, went on to underline just how important Sky Bet’s backing was, both in terms of the Ebor race and the other events that the sportsbook is backing.

He stated that it would be a boost to British racing that would help to ensure that top quality stayers and their trainers stay on these shores. Rust hinted at something of a talent drain with some horses being exported overseas and that an Ebor with a £1m prize fund up for grabs would go some way towards reversing that trend.

At a time when sponsorship in sport continues to be under the spotlight with gambling companies receiving negative press at times, this is another good news story that highlights just how vital the input from brands such as Sky Bet really is.

The Ebor, a classic race on the calendar needs to be preserved and that’s exactly what has happened with a huge five year boost in prize money making this an attractive prospect for the best horses, jockeys and trainers from across the world.