Fans of National League side Leyton Orient will already be familiar with the name of EnergyBet as the sportsbook has been the club’s main shirt sponsor for the last two seasons. That relationship is set to grow now thanks to this latest announcement which will see more finances ploughed into the East London outfit.

From the start of the 2018/19 campaign, EnergyBet will now become Orient’s official betting partner so their brand will now become even more obvious around the club’s Brisbane Road Stadium.

The length of the new contract has yet to be confirmed but this is a positive extension to the existing arrangement which has worked well for both parties over the last two seasons. It’s been a bumpy few years for a Leyton Orient side who were recently on the verge of promotion to the Championship but now find themselves playing non league football.

A series of relegations saw the O’s drop into the National League but there has been a period of stability and the club will now be targeting promotion back into League Two. 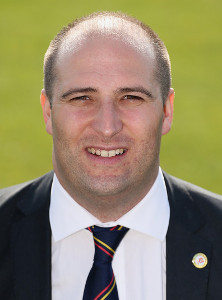 We are delighted to be continuing an association with Energy Bet. We very much look forward to working closely with them to provide the all-important betting information and competitive odds ahead of matchday.

Furthermore, O’s fans will have regular opportunities to win prizes and even money can’t buy experiences.

In response, a spokesperson for EnergyBet added:

We look forward to continuing our relationship with Leyton Orient.

Having met the new owners and many fans last season, we’re keen to continue to reach out to more of the loyal and passionate supporters and offer rewards for your dedication to the club.

Under former Chairman Barry Hearn, Leyton Orient had been sitting comfortably in the lower leagues and had reached the League One play off finals where a place in the Championship was on the line. That game in 2014 against Rotherham was lost and a year later, the O’s were relegated to League Two.

A turbulent period followed and in 2017, Orient lost their league status and have been playing non league football ever since but there is fresh optimism for the new season. New Chairman Nigel Travis took charge in 2017 and appointed manager Justin Edinburgh at the same time. Former Spurs defender Edinburgh has plenty of experience in the lower leagues and after a number of managers came and went under the previous regime, his tenure of a year represents a certain amount of stability.

Leyton Orient finished in 13th place last season and never really threatened the promotion places but the target for 2018/19 must surely be to get into the play offs at the very least. This is a club with a long history of league football and the fans really deserve to see their team escape from the National League as soon as possible.

Those supporters also look set to benefit from the extended contract with EnergyBet via offers and promotions while the operator has also played an important role in stabilising the club after such a turbulent period. Hopefully there are better times ahead for all at Leyton Orient.