The major snooker competitions such as the World Championships and the Masters will always be prime targets for the major companies in terms of sponsorship deals. Snooker has grown as a sport thanks to the input from betting brands amongst others but it’s important for those companies to reach further and get behind all events on the circuit.

The European Masters can’t exactly be regarded as a minor event and it will pull in the best players from around the world but it needs financial backing to develop so the announcement that sees D88.com come on board as principal sponsor is an encouraging one.

This is also big news for the operator as it looks to gain wider exposure beyond its native Asia. The company has previously been involved in snooker and is the current sponsor of the German Masters but that exposure will doubtless build now that D88.com are behind multiple tournaments within the sport.

The European Masters of 2018 will be held in the Belgian city of Lommel for the second year in succession and will take place this year between the 1st and the 7th of October. Judd Trump won the 2017 edition and will be back this time around to defend his crown in what will undoubtedly be a strong field.

We are very pleased to welcome D88.com on board for the European Masters. This is an extremely prestigious tournament contested by the world’s leading players at a superb venue. Last year’s event in Lommel was a great success.

We look forward to working with the D88.com team on this event and building a strong relationship with them in the future.

This is the second time that D88.com will be on the stage of World Snooker. We are so excited and more than happy to be connecting with the world’s most gentle and beautiful sport! We wish everyone at the European Masters a successful and fruitful event. We believe all snooker lovers will enjoy a great time.

D88.com are doing everything in our power to support snooker, as we love the sport. D88.com will work closely with the snooker world to present more excellence in the near future. 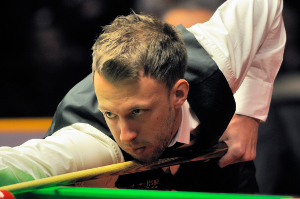 The very first European Masters was held back in 1989 and it was the first European event, outside of the UK, the be listed as a ranking tournament. Originally held in France, the competition has moved around the continent and landed in its current Lommel venue last year.

The tournament has been known by many names but its future as the European Masters looks to be more established and the financial backing received from D88.com should help it to become more recognisable among the snooker watching public.

Judd Trump has won the last two editions and will be aiming for a hat trick in 2018 as the Englishman lines up alongside some of the best in the game. In order to keep attracting those players, financial sponsorship is vital so D88.com have made a very welcome addition to their stable and in return, they are becoming known as one of the more positive backers of snooker and that should help build their brand and see them start to gain more of a foothold outside of their native Asia.